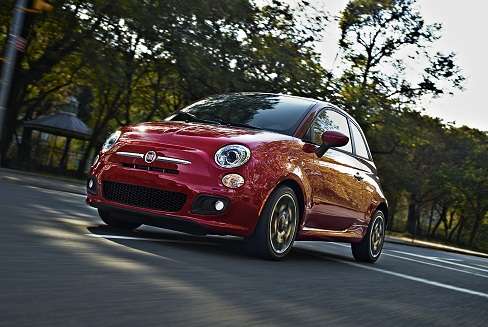 Fiat just announced the first 130 Chrysler dealers that will sell the Fiat 500 subcompact car in the United States. Of the many dealerships that were excluded, some did not want the franchise, because of the large investment Fiat wants them to make for the right to sell the new car.
Advertisement

To earn the right to sell the avidly promoted, Fiat 500 subcompact car in the United States next year, Chrysler dealerships are expected to invest substantial sums of money to upgrade their facilities. The Italian automaker expects each dealer to create an independent sales facility to handle the Fiat brand -- separate from the Chrysler, Dodge, Jeep and Ram cars, trucks and SUVs that the bulk of U.S. Chrysler dealers now carry.

That's the inside word from some Chrysler dealers that did not seek the Fiat franchise. Asking to remain anonymous, dealers told us they were unwilling to invest large sums to support a Fiat product line that, at least initially, will be very slim.

The company announced its initial 130 Fiat dealers last week, on the same day that Fiat officially unveiled the U.S. edition of the 500 (called the Cinquecento in Italian) at the Los Angeles auto show. In its brief press release making the dealer announcement, Fiat noted that "the dealers appointed in this first phase have plans in place and will be ready to take orders for the 2012 Fiat 500 subcompact."

Fiat's expectation for dealers to create a separate sales experience for the 500 fits with its strategy to emulate the success of the little MINI Cooper in the United States.

Another spunky, small car from Europe, MINI is a product of BMW Group of Germany. But rather than simply sell the model through existing BMW dealerships, the car company set up separate MINI franchises.

Also like the MINI, the FIAT 500 will offer a very wide variety of options and features that enable buyers to customize their purchase. Choices of wheel styles and spirited colors, and add-ons like decals, are intended to make the 500 an object of self-expression for car buyers.

Fiat's gamble is that the retro-styled, European inspired Fiat 500 will take off like the MINI Cooper, which enjoys a healthy following in America. The risk is that American consumers will consider the 500 just another imported, small economy car. In that market segment, the new model will find a lot of competition, including such new models as the Ford Fiesta and the Mazda2, as well as some well-established contenders, like the Honda Fit, Toyota Yaris and Scion xD.