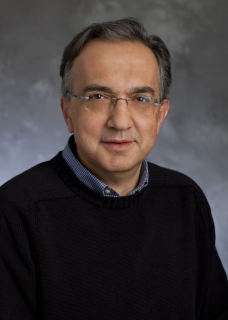 Fiat re-examines its role at Chrysler

Details remain sketchy at best, but a news report reveals that the relationship between the European automaker Fiat and its U.S. holding, Chrysler Group, continues to evolve. Fiat currently owns one fifth of Michigan's third largest automaker. But Fiat's chief executive tells reporters that the company's stake in Chrysler could soon rise to more than one half.
Advertisement

Sergio Marchionne, chief executive of Fiat SpA, appears certain that his Italy-based auto company will remain separate from Chrysler Group, despite the fact that Fiat currently owns 20 percent of the U.S. Carmaker and essentially oversees its operations.

But Fiat could take a larger stake in Chrysler, according to asides that Marchionne apparently made in Milan, Italy, to Wall Street Journal reporters. The online edition of the newspaper reported on Monday, January 3, 2011, that Fiat could lift its ownership stake to greater than 50 percent. The article was bylined by Journal reporters Sabrina Cohen and Liam Moloney.

Marchionne told the journalists that Fiat “doesn't plan to merge operations with Chrysler,” according to the online report. What's more, the possibility of Fiat taking a larger stake seemed conditioned on Chrysler returning to the stock market this year.

“[I]t is possible that we go over the 50 percent if Chrysler decides to go to the market in 2011,” according to Marchionne, as quoted in the article.

But the chief executive remained cagy, telling the reporters, “I think it is possible, don't know whether it is likely, but it is possible.”

Chrysler stocks have not traded publicly since the U.S. government orchestrated a bankruptcy filing for Chrysler in 2009, the culmination of a federal bailout of the company. Part of the bankruptcy settlement ceded the current 20 percent ownership stake to the Italian automaker, while giving Fiat operational control as well. Marchionne, as Fiat chief executive officer, also became the CEO of Chrysler Group.

The Wall Street Journal noted that Marchionne's comments were made “on the sidelines” during a corporate event celebrating the creation of its new industrial division. Called Fiat Industrial SpA, the new unit will handle trucks and tractors. Fiat SpA retains responsibility for passenger cars.