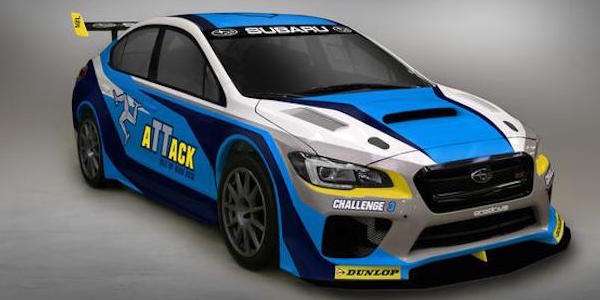 The 2016 Subaru WRX STI Time Attack car specs have not been announced. Will it be powered by a 2.0-liter powerplant?
Advertisement

Could Subaru be using the 2016 WRX STI Time Attack to show the capabilities of the their 2.0-liter turbo powerplant? Subaru of America is being mum on any specs and what engine will power the new STI that will attempt to break the Isle of Man record. It’s a “purpose-built” car and Subaru’s Dominick Infante, National Manager of Product Communications, says it will be “the ultimate WRX STI for this circuit.”

Prodrive, with technical assistance provided by Subaru Tecnica International (STI) are developing the new STI Time Attack. Subaru says the purpose-built car will be built to “tackle the arduous TT Course, which is similar in style to both the Nurburgring and Le Mans in the demands it puts on suspension and engines.”

It’s the best engine to break the record

Subaru could use the same 2.0-liter engine they run in the WRX STI Nurburgring 24-hour car that won last year. It’s a proven mill that’s been developed by STI. The 2.0-liter Nurburgring engine produces 335 horsepower and develops 340 ft lbs of torque. The NBR version uses different cams and higher-rate valve springs and other enhancements to enhance the performance envelope over the WRX 2.0-liter F4 powerplant.

The 2.5-liter could be on its way out

Could Subaru be using the 2016 WRX STI Time Attack car to introduce the 2.0-liter STI engine to the U.S. market? It’s already being used in the Japan-only WRX STI S207. It’s a better engine than the production 2.5-liter the new 2016 WRX STI comes with in all other global models. 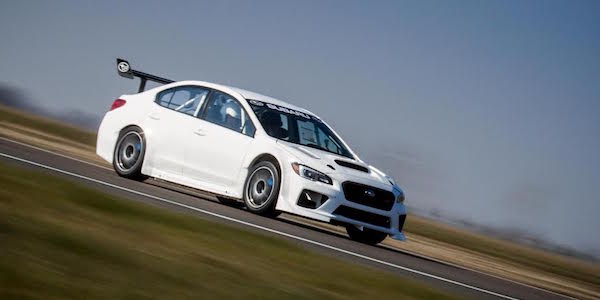 A perfect time to introduce the 2.0-liter in the U.S. spec STI

Subaru Tecnica International is pushing the performance envelope with engines and chassis technology. They may be using the Time Attack car to test new technologies that will be coming on the next-generation WRX STI. Subaru will break the old Isle of Man record with the 2016 Subaru WRX STI Time Attack car. It could be the perfect time for Subaru of America to announce the change from the aging 2.5-liter engine to the 2.0-liter powerplant. The Time Attack will take place on June 10, 2016. Stay tuned.

Tesla Giga Berlin's New Hurdle: It's Not Only the Gov't, but Now Tesla Itself
Teslas Are Sold Out Until 2023, But The Timing May Reverse
END_OF_DOCUMENT_TOKEN_TO_BE_REPLACED