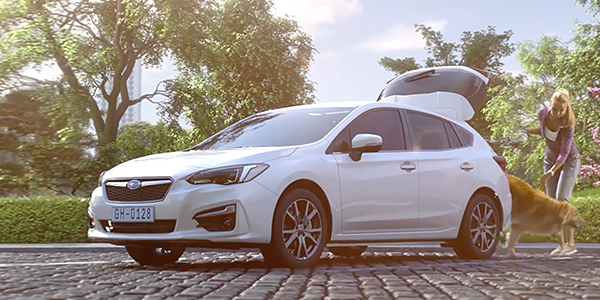 Will New Subaru Impreza Take a Bite Out Of Crosstrek?

Will the new 2017 Impreza 5-Door hatchback take a bite out of Crosstrek sales?
Advertisement

With the new-generation 2017 Subaru Impreza 5-Door coming, will buyers choose it over the Crosstrek? The new Impreza 5-Door hatchback is coming with the new Subaru global platform. It offers new exterior styling, improved driving dynamics, an upgraded interior, a quieter ride and improved gas mileage. The 2016 Crosstrek still rides on the old platform.

According to Subaru COO Tom Doll, they expect to sell a lot more Impreza 5-Doors and sedans when it hits dealer showrooms later this year. He told Wards Auto, projected sales are in the U.S. are 80,000-90,000 units. “If we can sell 100,000 of them we certainly will, but we set our sights just a little bit below that.”

That will be a record number of Impreza compacts sold in any calendar year. The previous high was 68,175 in 2012. Doll says the 5-Door models have historically outsold the sedan compacts by 2 to 1. The 5-Door hatchback is popular because of its extra utility. The Crosstrek rides on the current-generation Impreza platform now and also offers the rear hatch. Will the new Impreza steal Crosstrek buyers away?

Who are the 5-Door buyers?

There are 80 million millennials (age 18-34) in the U.S. By 2020 they will make up 40 percent of all car buyers in the U.S. market. Millennials buy more compacts than any other segment. This is the target group Subaru is going after with the new 2017 Impreza. Doll says Crosstrek sales won’t be taken from the new Impreza 5-Door.

“There’s a buyer that wants to have this type of practicality, they don’t want even the smaller CUV we have, so they opt for this (Crosstrek). Customers consider them to be two separate models,” He told Wards.

The Subaru Crosstrek is the brands number three seller in their lineup behind Forester and Outback, two other mid-size crossovers. Subaru expects sales of these models to remain strong as it’s the fastest growing segment in the U.S. Crosstrek sales were up 25.3 percent in 2015 where Impreza’s 2015 sales were 15.2 percent higher than 2014.

The 2017 Subaru Impreza 5-Door will outsell Impreza sedans, but they likely won’t take sales away from the popular Crosstrek crossover. They both offer the utility of a hatchback but they are two different models appealing to different buyers.