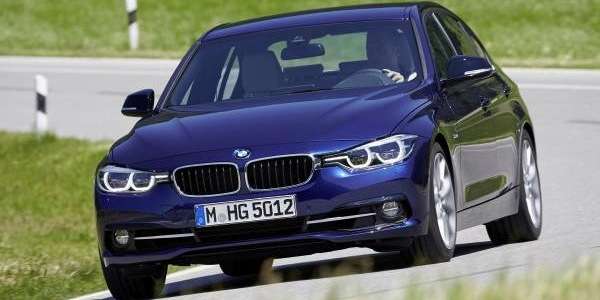 The new 2016 BMW 3 Series is making its dealer launch. Why should you get a 2015 model now before they are gone?
Advertisement

According to a new advisory from car shopping destination Edmunds.com, the 2015 BMW 3 Series is the best buy on dealer lots now. As the newly-remodeled 2016 3 Series hits dealer showrooms, BMW dealers are likely to slash prices on the outgoing 2015 models.This could make for some great deals on the most popular BMW in the lineup.

Edmunds says the reason the 2015 3 Series should be at the top of your list now is because dealers have extra urgency right now to sell these vehicles before the all-new 2016 models fill their lots. They say buyers could save thousands of dollars by getting the outgoing model.

Edmunds Senior Consumer Advice Editor Philip Reed says don’t wait for the new 2016 BMW 3 Series. He says, "Although manufacturers are poised to replace these vehicles with new-generation models, they still offer excellent value and performance. Shoppers looking for the best possible deal on a new car right now would be smart to consider the savings these vehicles offer before they weigh any other options."

What Edmunds says about the BMW 3 Series

2015 BMW 3 Series. “A refreshed design of this iconic entry luxury car is coming later this year, pushing down prices on the soon-to-be-outdated model -- and in some parts of the country, it is already selling for over $1,500 below the Edmunds Trade Market Value (TMV). BMW offers customer cash rebates along with attractive lease specials. Some rebate offers may also be combined with low-interest financing from dealers.”

What other 2015 vehicles topped the Edmunds list? In addition to the BMW 3 Series, these four other models are getting a redesign or refresh for 2016 and are expected to deliver particularly deep discounts for outgoing models. The 2015 Chevrolet Volt, Honda Civic, Toyota Prius and Volkswagen Passat also made the top five Best New-Car Leftovers for 2015 list.