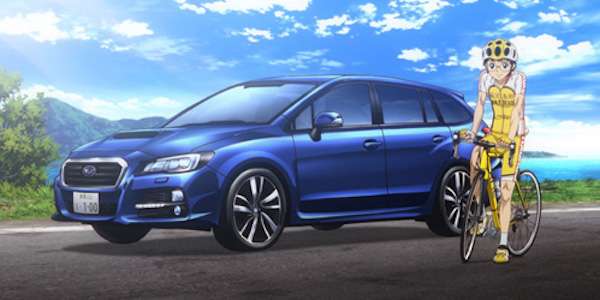 Why Subaru uses “Wimpy” Cartoon Character on Japan TV; Is it Working?

Subaru announces “Wimpy Pedal New Generation" to market their sports tourer. Why does Subaru use a cartoon character on Tokyo TV?
Advertisement

Subaru uses very different marketing to sell their vehicles in Japan than they do in the U.S. and other global markets. Subaru uses “Love” campaigns, dogs and environmental issues in the US. In Japan, they use the “Wimpy Pedal New Generation" cartoon bicycle character to sell their Levorg sports tourer. Is it working?

Subaru’s marketing in the U.S. is working just fine because their vehicles have seen an amazing eight consecutive years of record sales and exceeded 615,000 annual sales, a first in company history. In contrast, Japan sales decreased minus 4 percent last year due to declining sales of the 2017 Forester and Legacy sedan. And this is their 3rd consecutive year of year on year decrease. Is it their marketing plan?

The character is popular with kids

It’s also likely due to a poor economy in Japan, but their new Tokyo TV marketing TV animation "Wimpy Pedal New Generation" depicts a battle and drama of high school students who put everything on a bicycle road race. This character is found in Japan comic books that sell over 16 million copies. It seems strange to marketing to kids and not their parents.

Subaru does use their vehicles at major bicycle road racing competitions in Japan like the Japan Cup Cycle Road Race. And Subaru does have a deep connection with cycle sports. The Japanese automaker says, “Subaru aims to further shine as a brand that connects with customers in various forms, such as activities and sports events, and provides peace of mind and pleasure”. But using a comic book character seems odd.

We aren’t sure if the marketing plan in Japan is working like it is in the US. Using the “Wimpy Pedal New Generation" to promote their sports tourer seems strange to consumers in the U.S., but Subaru of America uses dogs driving their vehicles. Whatever works, right?