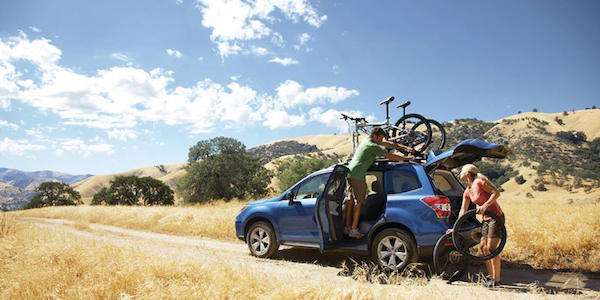 Why Subaru Forester and Impreza Are Top 10 Picks

The 2016 Subaru Forester and Impreza make the Consumer Reports Top 10 Picks of 2016 List. What 4 things set them apart?
Advertisement

Consumer Reports says the 2016 Subaru Forester SUV and Subaru Impreza compact are tops in performance, reliability, owner satisfaction and safety. Those are the criteria they use to rate new vehicles and what it takes to make their “10 Top Picks of 2016: Best Cars of the Year” list.

The 2016 Subaru Forester is the winner in the Best Small SUV category and gets an overall rating of 83. The 2016 Impreza wins the Best Compact Car category and comes in at 77-79 points on their rating scale. Both vehicles score high in all four areas. Performance, reliability, owner satisfaction and safety are deemed the most important for consumers.

What did CR say?

Consumer Reports like the Forester for its “go-anywhere” attitude. They said, “It’s roomy, rides comfortably, and handles unflappably. Its AWD system routed the Toyota RAV4 and Honda CR-V in our snow-driving evaluations.” They were also impressed with its safety features. “Strong IIHS crash-test scores make it a safe cocoon.”

CR was impressed with the 2016 Impreza’s ride and comfort for a small compact car. They said, “Despite its compact size, the car’s ride and overall comfort will surprise you. It has expansive window glass, lots of interior space for a car of its size.” They also liked it’s all-weather capabilities. ”If you live where there’s heavy snowfall, you’ll appreciate its superb all-wheel-drive traction. The Impreza is a smart, practical car.”

The 2016 Subaru Forester is the brand’s top-selling vehicle in the lineup of multipurpose vehicles. The Impreza is due for a remodel and the new 2017 Subaru Impreza should be even more impressive and will feature the new Global Platform from Subaru. It will be unveiled next week at the New York International Auto Show. Stay tuned.