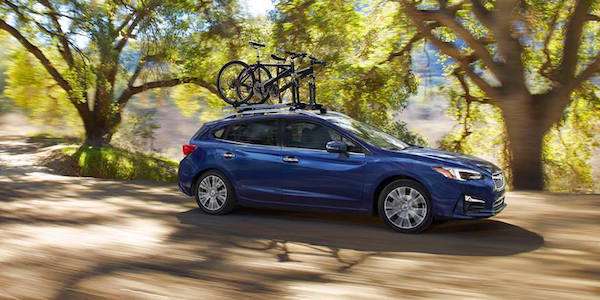 Why Subaru Expects 2017 Impreza to Rock

Subaru can’t produce their all-wheel-drive cars fast enough. Why do they expect the 2017 Impreza to skyrocket?
Advertisement

The new 2017 Subaru Impreza launches this year and Subaru expects big things from the newly-designed compact. At the annual dealer’s meeting, Subaru of America management outlined the 615,000 vehicle sales target for 2016, up from 582,675 last year. With sales outstripping supplies around the globe, it’s a good thing Subaru made the decision to expand the plant in Lafayette, Indiana.

Expansion at the factory in Indiana will bring to annual capacity to 394,000 units by 2017 up from 200,000 last year. Subaru will also have additional space on the assembly line by dropping production of the Toyota Camry. Some of that freed-up space will be for producing the new 2017 Impreza sedan and hatchback models. Subaru execs expect Impreza to be a big hit.

Impreza sales will pick up

Subaru management expects to boost sales of its redesigned Impreza as much as 33 percent thanks to new exterior styling, handling improvements and better fuel economy. Tom Doll, president of Subaru of America, predicted annual sales up to 75,000 Imprezas, up from 56,274 last year, which was the car's peak.

Subaru of America expects to see sales pick up in the second half of 2016 because of the plant expansion. They also produce the 2016 Outback wagon and 2016 Legacy sedan at the Lafayette facility. Outback is the second-best selling vehicle in the lineup right behind the Forester SUV. “We are growing like crazy,” Doll said.

This will also free up production space in Japan where the Impreza is currently manufactured. The Gunma plant will be able to produce more Forester, Crosstrek and WRX and WRX STI vehicles for fast-growing global markets like Australia.

The 2017 Subaru Impreza will be pushing the Crosstrek for the number three spot in the lineup in sales. The car’s new global platform and production in the U.S. at the Lafayette plant will also be a competitive edge, said one of the Subaru execs. “It will be a class-leading car.”

Tesla Giga Berlin's New Hurdle: It's Not Only the Gov't, but Now Tesla Itself
Teslas Are Sold Out Until 2023, But The Timing May Reverse
END_OF_DOCUMENT_TOKEN_TO_BE_REPLACED