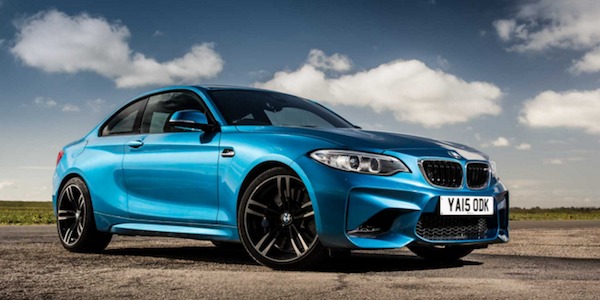 Why is the BMW M2 Missing From Monterey Car Week?

You won't see the BMW M2 at Monterey Car Week 2016. Why is it missing?
Advertisement

The BMW M2 Coupe is the most important launch from BMW in decades. Why is it missing from the largest celebration this year outside of Munich? BMW celebrates the 100th anniversary of its founding and it’s a big deal for the Bavarian automaker. BMW will bring the 2002 Turbo, which was the inspiration for the M2 Coupe. But why won’t the M2 be present at the show in Monterey, California?

BMW is showcasing their motorsports heritage with the Motorsports Gathering, Legends of the Autobahn. The German automaker will be represented by 64 vintage BMW race cars ranging from a strong group of 1930’s 328s to the all concurring BMW V12 LMR of 1999. It will feature the largest gathering of BMW M1 ProCars ever assembled in the US. All five factory IMSA specification 3.0 CSLs will be back together for the first time since they raced in1975 and 1976.

This year also marks the 50th anniversary of the iconic 2002. The 1976 2002 was rated at 100hp but it defined a new performance era for BMW. Today's most comparable model is the BMW 2 Series, and this vehicle is available with as much as 320hp. The new M2 Coupe comes with 370hp and carves up corners like few performance cars can.

BMW continues to produce a small coupe that keeps performance enthusiasts coming back for more. BMW produced the 2002 Homage to pay tribute to the iconic car. BMW will unveil the new, re-imagined version of the 2002 Hommage at The Quail, A Motorsports Gathering on Friday August 19.

You won’t see the 2016 BMW M2 Coupe at Monterey Car Week 2016. In 50 years, when BMW celebrates their 150th anniversary, it could be the next great model that BMW is paying tribute to. This time, BMW honors their illustrious racing history at the four premiere events of Monterey Car Week from August 18-21 in Monterey, California.