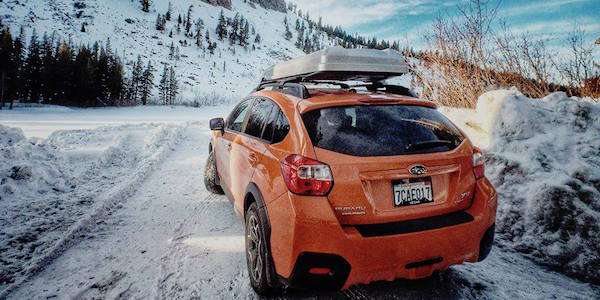 Subaru seeks “Urban Adventurers” with the refreshed 2016 Crosstrek. What is this new niche market Subaru is aiming at?
Advertisement

Ever heard of an “Urban Adventurer”? Subaru is targeting them with the 2016 Crosstrek. And it’s working. They are urban adventurers, as Anton Pawczuk, Subaru Canada’s director of product management and sales training calls them. This is the specific demographic Subaru is targeting with its refreshed 2016 Crosstrek. It’s the fastest-growing CUV/SUV segments which are subcompact and compact, which is where the Crosstrek resides and plays. The marketing is working for Subaru.

A growing number of young urban millennials (age 25-34) are switching over to the Subaru brand and Crosstrek is a big reason why. They aren’t interested in just using the multi-purpose crossover for commuting, they are looking for an adventure. Subaru created this niche market and they’re expanding it with these consumers in mind. It’s being used for weekend adventures in the mountains where its all-wheel-drive capabilities can be best put to use. There’s two main reasons why Crosstrek is popular with this new demographic.

It’s Subaru’s niche market and Crosstrek fits right in. Subaru believes the crossover, built on the same platform as the Impreza sedan/hatchback, succeeds in being different because of its standard full-time all-wheel drive. All Subaru vehicles come standard with Symmetrical AWD except for the rear-drive BRZ sports coupe. It’s what sets the entire lineup apart from the competition. The Mitsubishi RVR and Honda HR-V offer lower-priced front-drive models, but adding part-time all-wheel drive boosts the price into Crosstrek’s price range.

Crosstrek, based on the brands Impreza, not only gets an extra 8.7 inches of ground clearance but also comes with larger front brakes, a larger fuel tank, 17-inch alloy wheels and special black wheel arch and rocker panel cladding. The crossover has the ability to be a daily commuter during the week, and an off-road trail runner on the weekends. This is what sets it apart from others in this segment and why these “urban adventurers” are flocking to the brand.

Kelly Blue Book (KBB) found that this was the difference between Crosstrek and the rest in the field. KBB editors said, “If there is one thing Subaru owners love about their vehicles it is ground clearance. So, when Subaru decided to make a new SUV from its popular Impreza hatchback, they started by raising it a whopping 8.7 inches. Toss in a little cladding, some cool colors and snappy rims, and you've got the new Crosstrek.”

A winner in the lineup

Along with stablemates, Forester and Outback, the Crosstrek, introduced in 2012, has helped Subaru gain traction in the small CUV/SUV segment against Honda, Toyota, Ford and Nissan. In the U.S., Crosstrek had its best December ever and best year ever in 2015. Sales were up 25.3 percent year to date second only to the hot WRX/STI in percentage of increase. In Canada, the crossover sales were up an extraordinary 71.6 percent in December.

Jeane Eisenhower and Dan Proudfoot are two of these new “urban adventurers”
Subaru is attracting with the 2016 Crosstrek. The brand has created a new niche market within their already successful niche. Check out the 2016 Subaru Crosstrek-Rock Climbing Weekend video.

Source: The Globe and Mail
Image source: Subaru by way of Brad Klopman