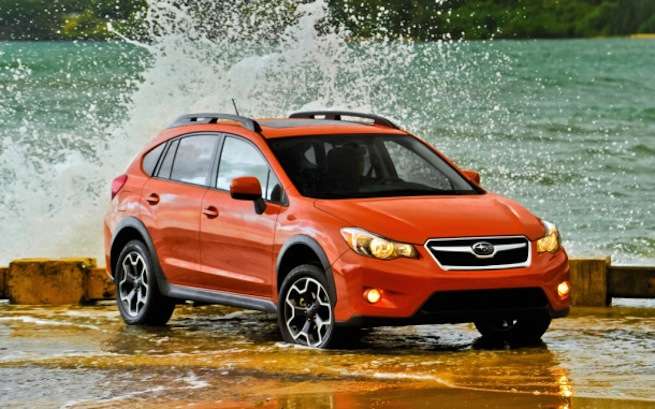 Subaru sells more cars in the U.S., but Canada is seeing six months of consecutive growth with YTD results up 20.8 percent. The newly-introduced 2013 Subaru XV Crosstrek topples August results with an increase of a whopping 159.2 percent. The all-new mid-size SUV 2014 Forester is popular with the Canadians also and saw a 59.2 percent increase last month. Subaru's fun-to-drive compact car, Impreza also celebrated record results with sales up 26.3 percent this month.

Canadian sales will help propel Subaru towards another all-time annual sales record for 2013 both for the Canadian market and their overall global sales. Subaru sales have been growing in Canada and the Japanese automaker will need to increase production at their Indiana plant to keep up with the growing demand.

Up until now, the small automaker who is owned by Fuji Heavy Industries Ltd. (FHI), has created a niche market in which they have created a very loyal following. But we are beginning to see a new direction going forward. In the U.S. and Canada, Subaru is keeping those loyal customers, but they are now attracting new customers who have never purchased the brand before.

Subaru is now growing at a fast clip and is fueled by new buyers. They are attracting new customers to the brand at an astounding and unheard of rate. 50 percent plus of their U.S. sales in August were to customers who have never purchased a Subaru before. Canada figures were not available, but the sales up north are also a results of new customers being attracted to the new 2013 XV Crosstrek and Forester models.

Shiro Ohta, president and CEO of Subaru Canada, Inc. said in the press release, "These results are changing the perception of Subaru in Canada. We've gone from being a little-known secret to an established brand with a reputation for safety, performance and reliability. Our strong dealer network has earned such a loyal following by listening to the customer and we will continue to do so as we head towards setting a new all-time annual sales record this year."

With the introduction of new fuel-efficient models with all-wheel-drive like the 2013 XV Crosstrek and 2014 Forester, sales are brisk. And Subaru isn’t done bringing out new vehicles. They will launch their first 2014 XV Crosstrek Hybrid model this fall. Subaru is doing a lot of things right and its showing up in record sales that continue month after month. The Japanese automaker is selling well around the globe and also in Canada. They are no longer a little-know-secret, and their becoming an established brand that has Toyota and Honda worried.

Panasonic Updates Profit Forecast, Noting How Much Tesla Batteries Help The Jump
2022 Porsche 911 GT3 Laps Nurburgring in 7:04 With Journalist Behind The Wheel
END_OF_DOCUMENT_TOKEN_TO_BE_REPLACED