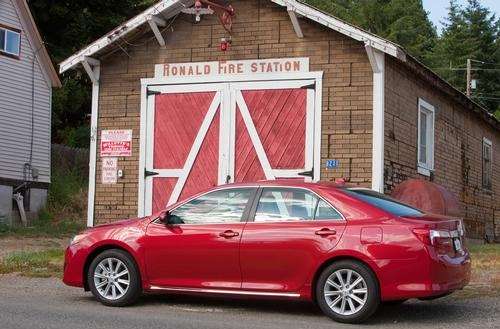 Even though car thefts are at their lowest levels since the 1980’s, cars are still being stolen at a high rate every day in the U.S. And thanks to the number of anti-theft devices on the market, it has had an effect on the number of thefts here in North America.
Advertisement

In a new report by anti-theft system maker LoJack, a vehicle gets stolen every 43 seconds. Some of the most commonly owned cars in the U.S are still being heisted at an alarming rate. Out of 60 million vehicles on U.S. roads, there were 740,000 vehicles stolen last year. And the states with the most stolen vehicles are in California and Texas, with most of those vehicles being taken across the border into Mexico or disassembled for parts.

Last year, the top three most stolen vehicles regardless of age, were the 1994 Honda Accord, 1995 Honda Civic, and the 1991 Toyota Camry, according to a report by the National Insurance crime Bureau. The reason that the most-stolen vehicles tend to be older cars, is because of the improved anti-theft technology, but also because Honda's have strong resale value and the company also uses the greatest number of common parts among its vehicles, including Acura brand vehicles, making the parts easy to peddle.

But it’s somewhat of a different story when it comes to the most stolen 2011 model year cars. Check out the list below to see if your vehicle, among 2011 model-year vehicles, is on the list of the most stolen:

And what about the least stolen cars? According to the Insurance Journal, these cars will be the least likely to be targeted by thieves.