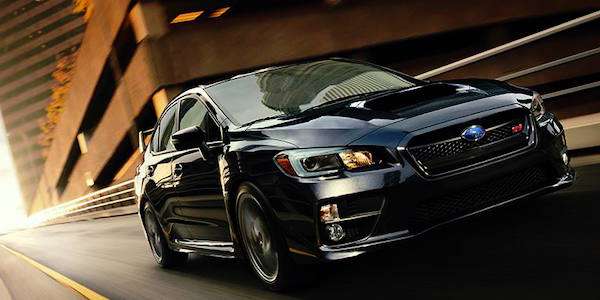 Subaru of America reported another record month in March and it’s the 2016 WRX, WRX STI and Outback that are hot. Both WRX/STI and Outback had the best March ever. The Japanese automaker also reported year-to-date sales of 132,397 vehicles, a 0.9 percent gain over the same period in 2015, making it the best first quarter in Subaru franchise history.

It’s good times for Subaru as they keep hitting records while still struggling with inventory. “We are pleased to continue our string of monthly sales records given our low availability, as well as achieve the best first quarter in Subaru franchise history,” said Jeff Walters, senior vice president of sales for Subaru of America.

Subaru just introduced the new 2017 Impreza that will be built here in the U.S. for the first time. The Expansion of the plant in Lafayette, Indiana will double the production capacity and help with the supply problem here in the U.S. This will help WRX/STI supply issues here in North America.

This will free up space on the production line at the Japanese plant in Gunma where they build the WRX and WRX STI performance models. These performance cars remained super hot the first quarter and are up 2.6 percent over last year. Demand has not slowed for the new-generation models from last year. In Canada, higher sales were recorded by the iconic Subaru WRX and WRX STI, with 329 units sold for a monthly sales increase of 38.8 percent.

The 2016 Subaru WRX and WRX STI also helped the Japanese automaker pick up the Best Performance Brand trophy in the Kelly Blue Book Brand Image Awards. Subaru also gets the top award as they are awarded the overall crown of the Best Overall Brand. Both the Subaru brand and the WRX/STI performance sedans are blistering hot in March.

LG's New EV Battery Plant Is a Welcome News for Tesla
Tesla Giga Berlin's New Hurdle: It's Not Only the Gov't, but Now Tesla Itself
END_OF_DOCUMENT_TOKEN_TO_BE_REPLACED