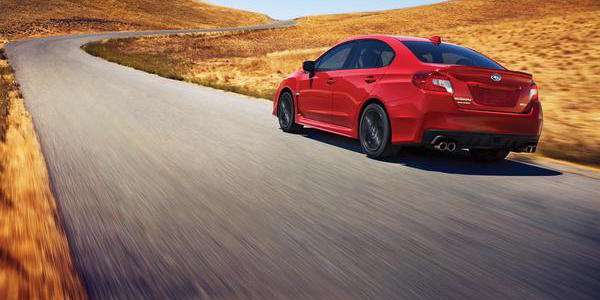 The new-generation Subaru WRX 2.0-liter turbo boxer is a good engine and Wards Auto just gave it its 2nd straight win in their “10 Best Engines” awards. The Subaru 2.0-liter turbo is also used in the Forester XT model but with a bit less power (250hp).

The boxer is unique to Subaru and Porsche

Only Subaru and Porsche offer flat, H-shaped, opposed-piston “boxer” engines in volume vehicles, but Subaru is the only automaker in the world to use them in their entire lineup. The boxer design has advantages and it’s why Subaru’s taller AWD vehicles have superior driving dynamics. The engine’s configuration offers good dynamic balance, a low profile and a low center of gravity. In the performance-oriented WRX, it’s an ideal set-up.

Subaru of America car-line manager Todd Hill says,“We believe it is the world’s-first affordable mass-market horizontally opposed turbocharged engine with direct fuel injection. The Porsche 911 Turbo has DI, but it is much more expensive and is sold in much more limited numbers.”

Wards Auto tested the WRX with a 6-speed manual gearbox. Subaru also offer the performance sedan with the Sport Lineartronic CVT. They said it “Offers eager response and strong performance with the rally-bred 6-speed manual, yet it is EPA rated at a respectable 20/27 mpg city/highway.”

The Subaru WRX 2.0-liter is a great engine and a perfect match for the performance-oriented sports sedan. Now Subaru needs to upgrade the WRX STI with the power plant. “Fast, fun, a not-impractical daily driver,” Wards Auto editor Jim Irwin adds. “As good a turbo-4 as any out there.”