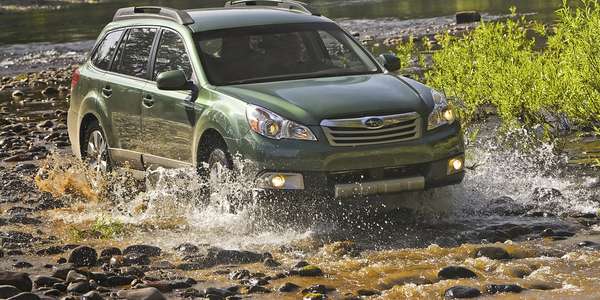 Subaru is recalling 2010-2014 MY Outback and Legacy models for a windshield wiper issue. How dangerous is it?
Advertisement

Originally, we reported that a huge global windshield wiper recall affected 2009-2013 Legacy models. This recall now affects Subaru Outback and Legacy vehicles. Subaru of America has issued a recall for certain 2010-2014 model year Outback wagon and Legacy sedan models for a wiper issue that could increase the risk of a crash or fire. The NHTSA says 592,647 Subaru vehicles in the US could be affected by the wiper issue.

If contamination builds up within the windshield wiper motor bottom cover, wiper components may interfere with each other. If an obstruction, such as a buildup of snow or ice prevents the wiper arms from being able to stop in the parked position, the wiper motor may overheat and the bottom cover may melt.

What vehicles are being recalled?

Subaru will notify Outback and Legacy owners, and dealers will replace the windshield wiper motor bottom cover assembly, free of charge. Subaru has not yet provided a notification schedule. Owners may contact Subaru customer service at 1-800-782-2783. Subaru's number for this recall is WTK-71.

NHTSA says this recall supersedes recall 11V-469. 2010-2014 Subaru Outback and Legacy vehicles that were remedied under that campaign are affected by this campaign, and need to have their wiper motor bottom cover replaced again.