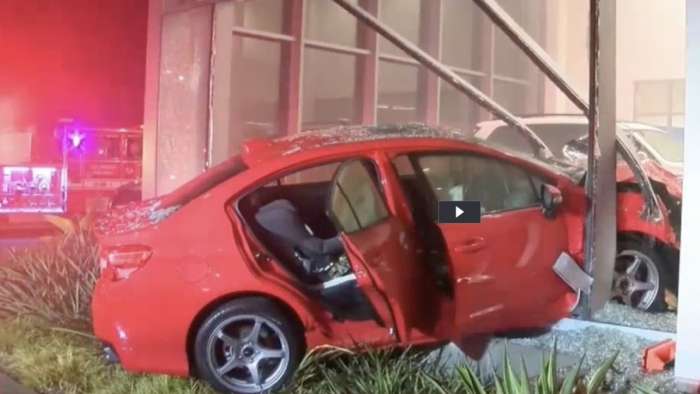 It was a week of horrific and expensive crashes for two Subaru WRX sedans! But everyone walked away.
Advertisement

Here are two stories this week that are pretty amazing. Both involve a Subaru WRX sport-tuned performance car. It’s a testament to the safety built into these compact sedans. Both drivers were not hurt seriously but their cars were totaled.

The first story comes from North Hollywood where a new Pure Red Subaru WRX crashed through the showroom window of a BMW dealership on Lankershim Boulevard. The sports car went through the front window and took out a $150,000 BMW i8 hybrid sports car at Century West BMW. 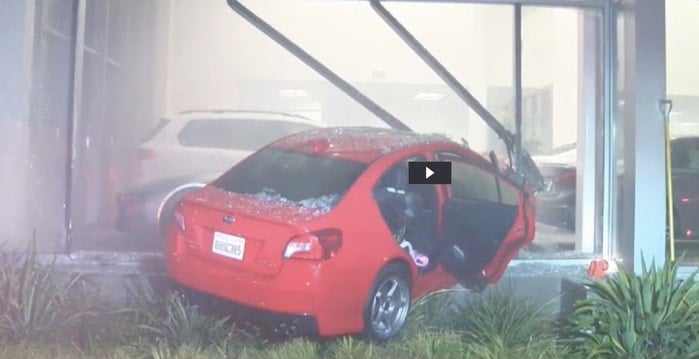 The crash occurred at 2 am, started a small fire and set off the sprinkler system. The driver of the WRX was likely making a turn at the intersection when she crashed onto the sidewalk and into the building, police told NBC Los Angeles. No injuries were reported. The driver was arrested on suspicion of DUI.

The engine and transmission went flying out of the car

This story comes from Pleasant Grove, Utah where a Lapis Blue Pearl Subaru WRX lost control of his vehicle while attempting to illegally pass a slower vehicle in a quiet residential area. This driver was also under the influence of alcohol. The accident left behind a trail of debris and destruction that took out five trees, two light poles and saw the driver, engine, and transmission ejected from the car. 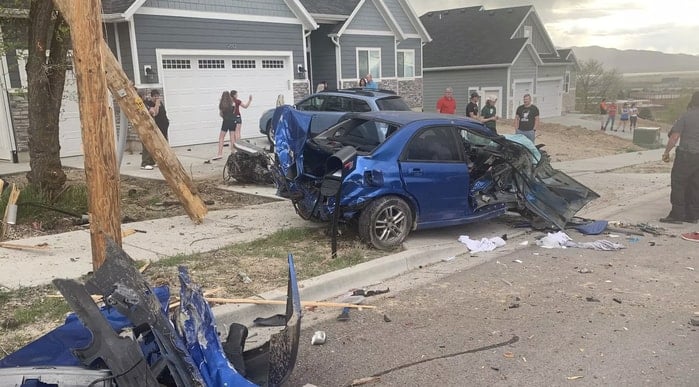 According to a story from TheDrive, the Subaru WRX also took out an Acura TL and the car was “totaled as a result of the WRX's path of destruction.” It’s reported the driver suffered a concussion, some broken ribs, and a broken hip.

Alcohol and speed can be deadly. It is amazing both drivers were not seriously hurt or worse, they could have lost their lives. Subaru builds safety into their WRX performance sedan that likely kept both drivers alive.

You May Also Like: Serviceman Gives Credit to His New Subaru WRX for Saving His Life