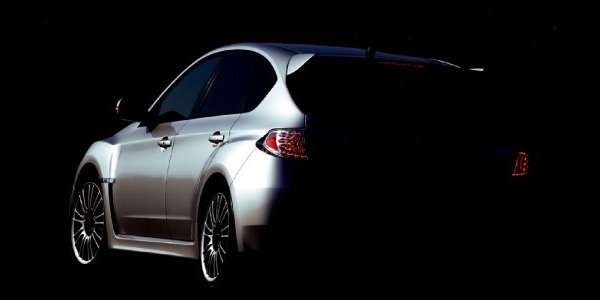 Subaru STI Gets Stopped For Hand Brake Slide: Then it Gets Really Strange

A young driver of a Subaru Impreza WRX STI in the UK performs a hand brake turn, runs from police and then hits a tree. What happens next is really strange.
Advertisement

This young Subaru WRX STI driver learned a hard lesson after he evades the police and wrecks his high-performance Impreza. Joshua Davey was showing off a hand brake maneuver at a roundabout in his Subaru WRX STI to a few of his buddies and gets caught by police. What he does next is mind-blowing.

According to The West Briton in the UK, on January 23, Davey, 20 years-old, had been showing off how he could make his Subaru Impreza STI slide around a corner using his hand brake. Earlier, police heard the WRX STI accelerate at speed from Halloon and saw the high-performance Impreza perform a handbrake turn on the Trekenning roundabout exit to the A3059.

A group of about ten other cars were watching Davey when the police arrived and after a near collision with another vehicle, the police stopped in front of the Subaru which had come to a halt. Davey put his Subaru in reverse and drove off at high speed onto the roundabout towards Winnards Perch. The driver then hit a tree as he was trying to elude the police.

It gets strange now

After the accident, Davey ran from the scene and left a passenger sitting in the high-performance Subaru, who told the police who was driving. A short time later, a tow truck owned and driven by Davey pulls up. The police arrest the driver and of course took him to jail and impound his WRX STI and his tow truck.

The West Briton reported, Davey told police he had seen friends at the roundabout and decided to perform a handbrake turn for them. He panicked when he saw police. Things after that were "all a bit of a blur" but he was able to get a lift back home after the crash and then drove his tow truck back to the scene.

Davey pays a steep price for his mistake

Joshua Davey loses his license and his ability to work. Davey’s defense attorney, Lucy Bryant, told the court, “He made a very foolish mistake for which the punishment was enormous as without a license he would not now be able to run his business. He really does pay the price.” The chairman of the bench told Davey: "What you did was extremely serious. You behaved in a very dangerous way and you evaded police officers.”

Davey had to be a smart kid to own his own towing company, but did a stupid thing as he was showing off his Subaru Impreza WRX STI. Although Davey had no previous convictions and had a clean driving recored, the prosecution for the Bodmin court suspended his license for 15 months and gave him an order to perform 150 hours of community service. Davey also had to pay 85 British Pounds in court costs and 60 Pounds for a victim surcharge.