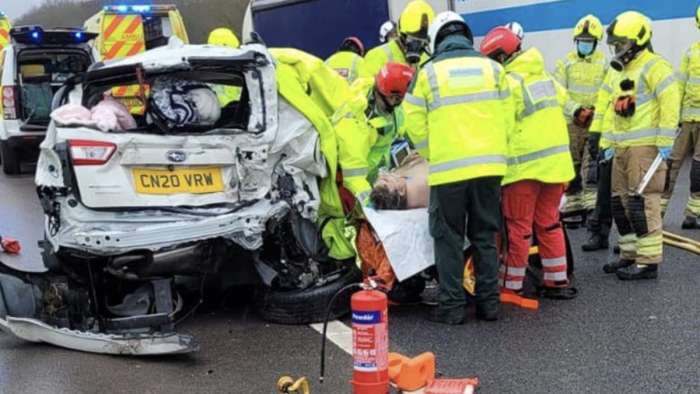 How safe is the 2021 Subaru Crosstrek? Check out a horrific rear-end accident where the driver says the compact SUV saved his life.
Advertisement

Is the 2022 Subaru Crosstrek the safest compact SUV you can buy? The Crosstrek gets the highest score from the Insurance Institute for Highway Safety (IIHS) and five stars from the National Highway Traffic Safety Administration (NHTSA).

But how safe is the small SUV when hit from behind at 65 mph? A report from the UK reveals the Crosstrek is safe, and a horrific rear-end accident shows just how safe the compact SUV is in real life. 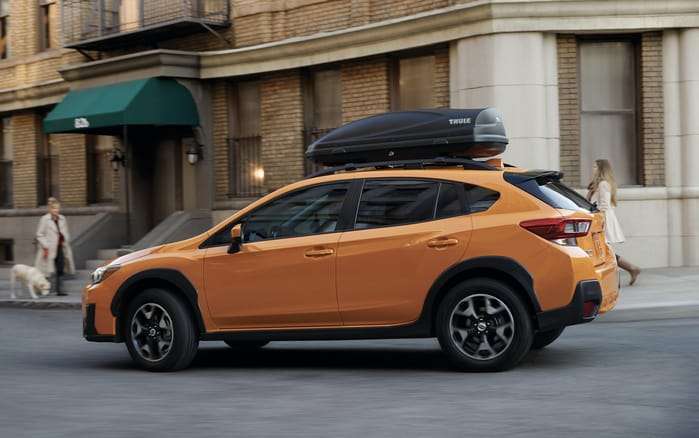 Derek Jones was driving his 11-month old 2021 Subaru Crosstrek when a truck traveling at 65 mph slammed into the back of the compact SUV. Jones survived the horrific accident and lived to tell the story, and he’s convinced that his Subaru saved his life. “I didn’t know anything about what happened until later,” he says. “I think everyone else was expecting it to be “game over,” but these cars are really strong!”

A simple round trip turned severe in just a few seconds as Jones was stopped at the end of a long traffic line. His wife and two grandchildren, riding in their new Crosstrek, got out of the car to take a break. 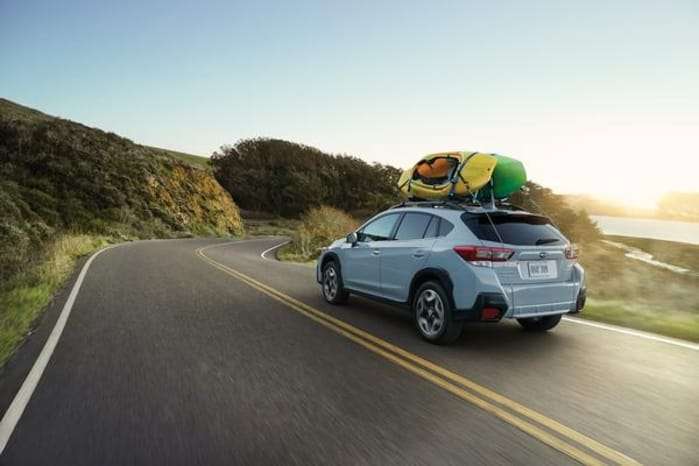 The driver of a panel van traveling 65 mph didn’t see Derek sitting at the back of the long line of traffic. “It was just a freak accident. We were so lucky that it was just me in the car at the time! says Derek.”

The rear-end collision catapulted Derek’s Crosstrek into the barrier at the edge of the hard shoulder and then out into the middle lane of the highway. Fortunately, no other cars were involved, and a nearby motorist could immediately call for the emergency services.

“My wife and grandchildren were horrified by what they’d seen,” says Derek. “I’m fortunate to be alive. I must have been unconscious for quite some time because my son-in-law had already managed to get to the scene when I came round. I could see him leaning in through the back window of the car, and I realized that firefighters had cut the doors and central pillar off to get me out.”

The only thing Derek remembers when he regained consciousness was the “awful crunch, crunch, crunch” of firefighters using their ‘jaws of life’ hydraulic equipment to cut and pry their way into the vehicle to gain access to him.

After being freed from the Subaru Crosstrek, I asked the fireman nearest me if he wanted me to get on the stretcher. And he said, ‘Well, can you?!’ “And I could. I was probably in shock. But I just got out and got on the stretcher! I can remember one firefighter saying to other emergency responders, “Bloody hell! He just got out on his own!”

“I think that if I hadn’t been in a Subaru, I wouldn’t be here today. The protection offered me saved my life. I believe that.”

The Crosstrek is designed to absorb and dissipate collision energy

The 2022 Subaru Crosstrek rides on the new Subaru Global Platform and uses a ring-shaped reinforcement frame with increased body and cabin strength. In the event of a collision, it’s designed to absorb and safely dissipate impact energy, directing it away from the vehicle’s occupants beneath the seating compartment.

When Derek and his wife were looking for a new car, they bought the 2021 Subaru Crosstrek. “So when we changed the car last year, we went for this one. And we’re very impressed with it, especially now!” Says Derek.

You Might Also Like: The New 2022 Subaru Crosstrek Is Now An IIHS Top Safety Pick 11 Consecutive Years

LG's New EV Battery Plant Is a Welcome News for Tesla
Tesla Giga Berlin's New Hurdle: It's Not Only the Gov't, but Now Tesla Itself
END_OF_DOCUMENT_TOKEN_TO_BE_REPLACED