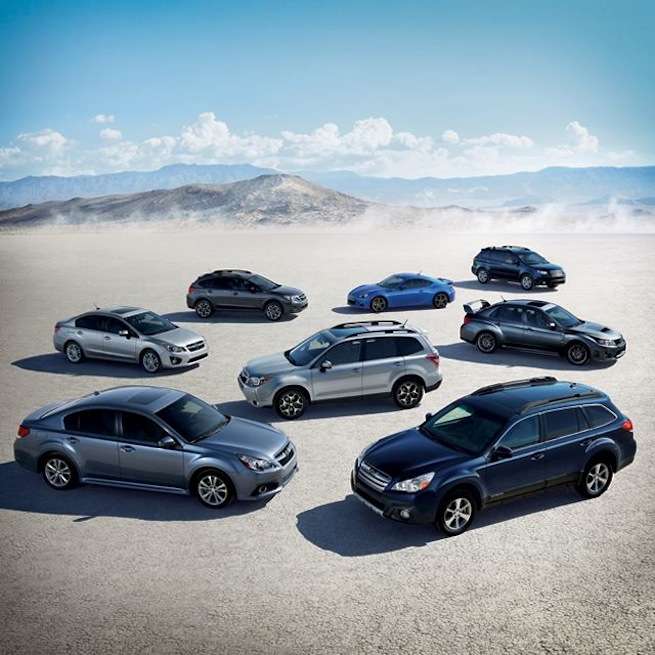 Subaru could be the best stock investment in the U.S.

Fuji Heavy Industries Ltd maker of the 2014 Subaru Forester, issues a revision to their performance projection for the first half of the fiscal year. It’s worth taking a look at.
Advertisement

This writer is not into auto manufacturers financial reports, but this report from Fuji Heavy, owner of Subaru who makes the top-selling 2014 Forester, is just too good to pass up on a Friday. Maybe you like to grab a cup of coffee and pore over the financial reports to look for the best investments. This report from Fuji Heavy Industries Ltd (FHI) is very interesting and definitely worth taking a look at.

A company having high SG&A expenses can be a serious problem for almost any business. But having a low SG&A or reduction is a good thing to see in a financial report. A low SG&A shows that management is spending efficiently, a high report shows company execs could be wasting valuable cash flow.

A good management team will often attempt to keep SG&A expenses under tight control and limited to a certain percentage of revenue by reducing corporate overhead. Subaru has seen continual growth even through a downturn in the economy the last few years. The Japanese automaker is on track to achieve its fifth-consecutive year of sales increases. The brand is defying odds and growing faster than company execs imagined. But yet, they are keeping expenses low. That’s a very good thing to see.

Part of the upward revision is based on the favorable foreign exchange rate between the Japanese Yen, U.S. dollar and the Euro. But FHI is also growing, and at the same time keeping expenses down. Analysts are saying that many companies are spending more on SG&A expenses, both in total dollars and as a percent of sales, than they did prior to the downturn, but not FHI.

Subaru sales are up and will likely blow away the companies sales projection of 365,000, the target they set at the beginning of the year. Bill Cyphers, senior vice president of sales, Subaru of America, Inc. said, “With strong owner loyalty and new owners joining our brand at a record pace, we expect to close the year with more than 400,000 vehicles sold.”

Because of the current business trend, Fuji Heavy is projecting a net income per share increase of 51.82 percent for the fiscal year ending March 31, 2014. If you are looking for a strong growth company to invest some of your money, FHI maker of the 2014 Subaru Forester, could be a very good bet.