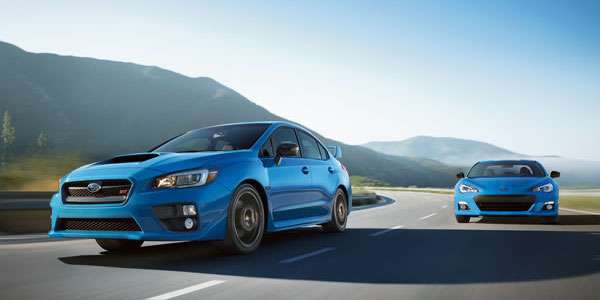 Subaru Canada gets a new limited edition 2016 WRX STI and BRZ. They are called 光 Hikari Editions. Are they really all that special?
Advertisement

Throw on some Hyper Blue paint, add a new Japanese name and limit the production numbers and you have the new 2016 光 Hikari Edition Subaru WRX STI and BRZ. Subaru has done it again and produced another linked edition version WRX STI and BRZ to entice performance enthusiasts.

What is the new 2016 Subaru WRX STI 光 Hikari Edition that is coming to the Canadian market? It’s a limited edition STI similar to the Series.Hyper.Blue WRX STI Subaru introduced in the U.S. market last year. There’s also a Subaru BRZ 光 Hikari Edition also like the U.S. models. The Canadian models will also be exclusive.

What sets them apart besides the color?

Both will be very exclusive and will be available in limited quantities of 100 BRZs and 200 WRX STIs. They follow in the tradition of Subaru Canada’s naming theme for special edition vehicles based on Japanese names that Subaru says best represents the vehicle. 光 Hikari Edition means “light” or “beam of light” which is said to pay homage to these performance-oriented vehicle’s “speed, performance and precision.”

The 2016 WRX STI 光 Hikari Edition is equipped similarly to the Canadian spec 2016 WRX STI Sport Package, rolling on black 18” BBS forged alloy wheels. The reduced un-spring weight of the wheels will improve handling. No other performance upgrades will be added to the exclusive STI.