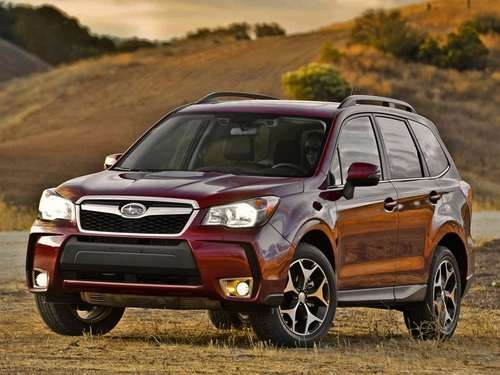 Subaru is disliked by the South Koreans so much that they will pull out of the country next year and stop selling the popular 2013 Forester, Legacy and Outback.
Advertisement

Subaru is disliked by the South Koreans and can’t even sell their most popular cars to their neighbors across the sea of Japan. Subaru announced Wednesday that it will stop selling the 2013 Forester, Outback and Legacy in the Korean market on Dec. 31, 2012. Several other smaller automakers have already departed from South Korea and Mitsubishi is also on their way out. Subaru is launching the already popular new 2014 Forester next year around the globe, but South Korea won’t be getting the all-new SUV.

A dispute that goes back 100 years

The South Korean government supported the debt-saddled Hyundai Motor Group in a bailout in 2001 and wants to see the automaker overtake the Japanese. The South Koreans don’t just have a rivalry with the Japanese, they have a distain for their neighbors that goes back 100 years to the Japanese colonial rule of Korea. Even though the Subaru brand is growing everywhere around the globe, the Korean people refuse to buy Japanese cars.

Subaru launched Subaru Korea in 2009 and can’t get the Korean buyers to purchase any of the models it offered: the Legacy, a medium-sized sedan, as well as the Outback and Forester, both medium-sized SUVs. According to Chosun Media, in 2010, Subaru only sold 384 cars, though sales improved slightly in 2011 to 664 and were similar this year with 558 as of last month. But that still does not look likely to be profitable.

Subaru and Mitsubishi both ending operations in Korea

Chosun says, Mitsubishi is also likely to end its operations in Korea soon. It has been selling the Lancer sedan and two SUVs, the Outlander and Pajero, but as of last month, it has only managed to sell 61 cars this year. The South Koreans are buying cars, and the German brands are experiencing good sales and dominated the market with a combined 70 percent market share. Both Mercedes-Benz and Volkswagen have been doing well.

The Japanese feel the same way about the Koreans and have returned the favor by not purchasing Hyundai or Kia brand cars. Despite having growing sales worldwide, Hyundai struggled in Japan, and because of slow sales there, starting in 2010, Hyundai pulled their passenger car division out of the Japanese market and focused on their commercial vehicle division instead.

The all-new 2014 Subaru Forester, popular Outback SUV and Legacy sedan are selling well globally, but the bitter Japanese/Korean rivalry runs so deep that neither country will export their cars across the Japan sea after 2012.