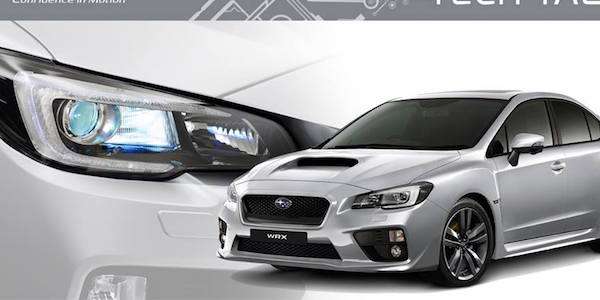 Not All Subaru WRX/STIs Are Created Equal

Not all 2016 Subaru WRX/STI models are created equal in the global market. What do South Africa models get that US models don’t?
Advertisement

The 2016 Subaru WRX and WRX STI just made their dealer launch in South Africa with a feature U.S. models don’t get. The SA models get new High Beam assist High Intensity Discharge (HID) headlamps. U.S. models only get Light-Emitting Diode (LED) headlights. Not a big deal?

According to a recent IIHS headlight study, they found that only one U.S. model received a good rating (Toyota Prius) for headlight illumination, 11 models acceptable, and 10 models with a poor rating. Subaru’s Outback with the new HID headlights was in the acceptable range. These are same lamps the SA WRX/STI models come with now.

2016 WRX/STI models in SA also get the High Beam Assist (HBA). HBA can automatically toggle between high and low beams depending on road conditions such as speed and oncoming traffic, enhancing visibility for you, and other drivers as well.

Panasonic Updates Profit Forecast, Noting How Much Tesla Batteries Help The Jump
2022 Porsche 911 GT3 Laps Nurburgring in 7:04 With Journalist Behind The Wheel
END_OF_DOCUMENT_TOKEN_TO_BE_REPLACED