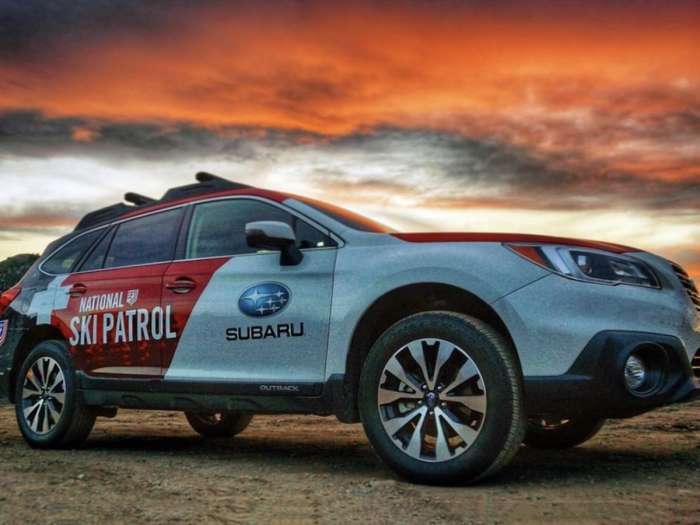 The National Ski Patrol swears by the Subaru Outback. See what the NSP says about the all-wheel-drive vehicle.
Advertisement

NSP Executive Director Meegan Moszynski says the 2019 Subaru Outback won’t let you down on the way to the ski slope. "Ski patrollers are ambassadors of safety on their mountains, and Subaru builds the safest cars on the market. Their all-wheel-drive capability helps ensure that patrollers can get to their mountains in any road condition."

Subaru began its sponsorship of the United States Ski Team in 1976 and continued until 1995 when it switched to the larger NSP with over 27,000 patrol members. Subaru also sponsors the Professional Ski Instructors of America (PSIA), and the American Association of Snowboard Instructors (AASI).

The NSP-wrapped Subaru Outbacks are highly visible at events throughout the year from education and training sessions on Outdoor Emergency Care, Travel Mountain, and Rescue or Avalanche Trainings and now branched out to road and mountain bike events in the summer. You will also see the NSP at Subaru WinterFest, the automaker's winter event series that promotes safety and winter sports throughout the country.

It’s a partnership that has worked for Subaru of America for over four decades. Subaru’s 2019 Outback wagon is still synonymous with skiing and winter sports, but it’s also about summer adventures like mountain climbing, hiking, trail running, mountain biking and camping. The National Ski Patrol’s wrapped Subaru Outbacks are now patrolling the mountains in the winter and summer.

Subaru has successfully linked its name with the skiing industry and research shows 50 percent of Subaru customers living in the mountain states ski or snowboard, but they also found out 60 percent of Subaru buyers like to hike or backpack, and 60 percent go camping. Subaru has had ties with the International Mountain Biking Association, and with several brands of skis, canoes and outdoorsy clothing over the years. It’s what the Subaru brand is all about.

If you are into winter sports, will likely see the Ski Patrol heading up into the high country in the new 2019 Subaru Outback SUV/Crossovers wrapped in red and white NSP motif this winter.