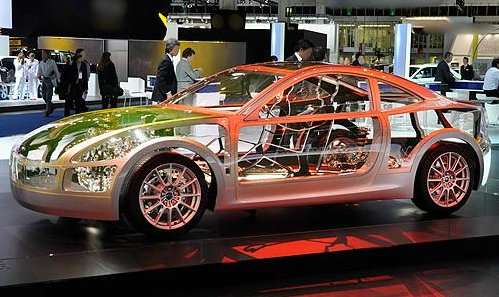 The 2013 Subaru BRZ was taken to the legendary Isle Of Man Manx Rally course in the British Isles and driven by driver Mark Higgins.
Advertisement

The 2013 Subaru BRZ isn’t Subaru’s first rear-drive vehicle, but it may be their best. What better place to test the new sports car from Subaru than the legendary Manx Rally course on the Isle of Man. And there is no better driver to test the BRZ than driver Mark Higgins. The luck guys at High Gear Media got to ride along and video tape the fun driving experience.

There aren’t many race drivers who know Isle of Man better than Mark Higgins. He was born on the island in 1971 and nine years later, his parents had him racing go karts. As a teenager, his parents who have raced at Manx rallies before, wanted their son to be one of the best and encouraged him to drive faster. And the encouragement payed off os Higgins won his first British Rally Championship at 25. A few decades later, he now has three British Rally Championships under his belt.

Mark Higgins takes on the mountain in the rain

So when Higgins took the 2013 Subaru BRZ out on the mountain circuit in the rain, it was like driving the car in his backyard. He has taken some of the fastest Subaru’s on the planet around the circuit before. The Isle of Man's Snaefell Mountain Circuit is challenging as it snakes through 37.74 miles of green mountain passes, narrow streets and tight residential lanes. The full circuit includes 264 turns, and climbs close to 1000 feet in elevation before the dive back to sea level. The course has claimed hundreds of lives over the 100 years of motorcycles taking on the mountain.

Higgins climbed aboard the 2013 Subaru BRZ and set off in a drizzle and fog as the clouds hung low on the mountain. The roads are farm-lanes with high grass banks lining the narrow circuit. Spirited driving on the mountain roads of the British island is the perfect place to see what the BRZ will do.

The 2013 Subaru BRZ gets rally-prepped

The new Subaru BRZ did need some modifications in order to handle the extreme driving on the mountain circuit. Changes on the rally-prepped version of the car included 18x8-inch wheels wrapped in 245mm Dunlop SportMaxx tires, ProFlex dampers, stiffer springs, a louder exhaust, and a full cage, fire system, and race seats in the stripped interior. The modifications brought the weight down to just over 2,500 pounds, about 200 pounds lighter than a showroom model.

The guys at High Gear Media came away thoroughly impressed with the 2013 Subaru BRZ as Higgins took the car on a short section of the Manx Rally course. They said, “the combination of ride quality, handling and affordability make this car a standout. There's simply no question: this is the best $25,000 an enthusiast can spend on a new car.”

And while the 2013 Subaru BRZ isn’t a powerhouse, even the stock rear-drive tuned chassis will deliver plenty of fun for the price. It looks like Subaru has hit a home run with the 2013 BRZ.

Check out the Mark Higgins test drive on a short section of the Manx Rally course in the video below.

Image: The Subaru BRZ Prologue from the 2011 Frankfurt Motor Show

Tesla-Funded Research Reveals One of The Biggest Mysteries of EV Battery
Tesla Tesla Buyer Nets a Whopping $12,000 Discount After Asking for Reduction
END_OF_DOCUMENT_TOKEN_TO_BE_REPLACED