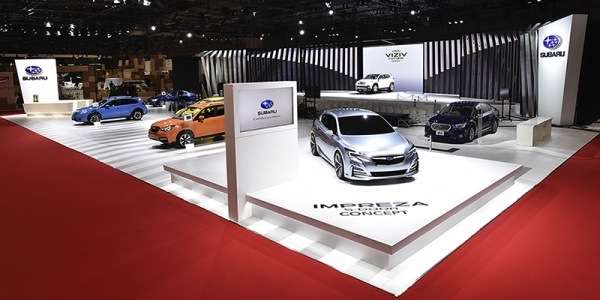 How tiny Subaru continues to beat all other automakers

Subaru is tiny compared to other automakers and isn’t even in the top 15 global automakers. How do they continually beat all other brands?
Advertisement

Subaru of America is on fire, setting new records every month, and has seen 47 consecutive months of year-over-year growth in the U.S. They have a 20 percent sales increase for October, and a 14.8 percent increase year-to-date which is better than any other automaker on the planet. How do they keep doing it?

Fuji Heavy Industries (FHI) maker of Subaru automobiles has been doing it with their niche market all-wheel-drive Forester, Outback and Crosstrek vehicles. They also have a performance division STI that is doing quite well with the WRX/STI performance sedans. The all-new 2017 Subaru Impreza sedan and hatchback are due out at the end of next year which will keep sales momentum going, and an all-new 3-row crossover will be built at their Indiana plant starting in 2018.

Subaru has decided to stay small and mighty to keep operating cost as low as possible and profits up. Yasuyuki Yoshinaga, CEO of Fuji Heavy will keep the conservative company profitable rather than get too big. Subaru only has three production plants, two in Japan and one in North America. The U.S. counts for 61 percent of Subaru’s total global sales and they are expanding the plant in Indiana to accommodate the new Impreza and 3-row crossover production. No other plants will be built in the foreseeable future.

It’s in their long-range plans to keep Subaru small and profitable. Subaru only sold about 911,000 vehicles last year. Yoshinaga recently told Automotive News, FHI will limit production of Subaru automobiles to just 1.03 million vehicles, and if existing factories work overtime, that number could be pushed to 1.1 million vehicles. It’s a good plan that is working well for the Japanese automaker.

When other automakers continue to get bigger, Subaru remains small in order to keep production costs low. But Subaru isn’t standing still. Subaru will launch the new 2017 Impreza next year, and a new 3-row crossover in 2018. Subaru will also continue in the collaboration with Toyota to build the next-generation BRZ sports coupe. Sometimes bigger isn’t always better. Stay tuned.