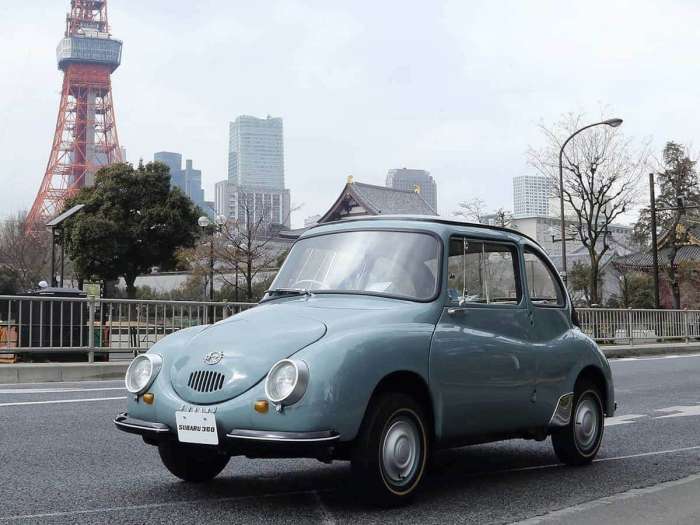 Consumer Reports called the Subaru 360 the “most unsafe car on the market. See how Subaru changed that in a big way.
Advertisement

In the early days, it was a rough start for Subaru, the fledgling Japanese automaker owned by Fuji Heavy Industries. In the early 70s, the brand had such a poor reputation, the first Subaru 360 was called "the most unsafe car on the market” by Consumer Reports. The Subaru 360 almost doomed the small company right from the start here in the US. The Subaru 360 was "Not Acceptable," Consumer Reports wrote, in large letters.

The Subaru 360 was so ugly, it has been called cute by some in the automotive world. The 360 mini was launched in 1958, was built within the 3-meter total length required of mini-cars at the time. The “Ladybug” as it was called, seated four adult passengers and offered “dangerously bad handling” according to a recent report by CNN Money.

The Subaru minicar gained wide popularity in Japan for its compact design and practical layout, but it was a disaster in the U.S. where cars were big and had the power to spare. The tiny, ugly Subaru never caught on with the American public who were afraid to go over 40 miles per hour even though the speedometer went to 80 mph.

In 1968, Subaru introduced the 360 as an inexpensive yet distinctive economy car. It was “Cheap and Ugly”, powered by a two-stroke engine, the Subaru 360 claimed 66.3 mpg and sold for $1,297. It was $300 cheaper than the VW Beetle and was 1000 lbs. lighter. But you took your life into your own hands by buying one. The 360 was Subaru’s first mass-produced minicar and it’s been preserved by Subaru Corporation manufacturer of Subaru vehicles in their museum in Japan.

It’s amazing how far Subaru has come since they tried to sell one of the most unsafe cars on the road. Now Subaru has a reputation as producing the safest cars anywhere like the new 2018 Subaru Crosstrek.