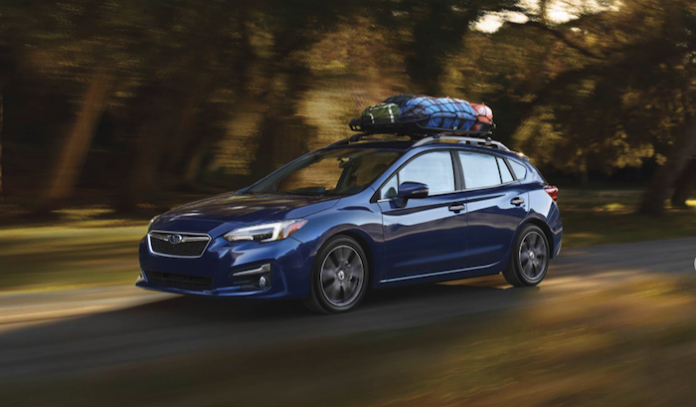 The 2018 Subaru Impreza 2.0i Limited ($29,260) equipped with Eyesight driver assist technology, is the least expensive car to win Ward’s “10 Best User Experience”. What does it mean for consumers?

It means you can get a compact car costing thousands less than the competition with voice activation, adaptive cruise control, blindspot detection, lane-change assist, pre-collision warning, rear cross-traffic alert and lane-keep assist. For $29,260 you get all the safety tech along with leather seating, keyless access and ignition, heated seats and mirrors and an upgrade Harman Kardon sound system.

It’s not just having advanced safety that makes it impressive, the Impreza equipped with Subaru’s EyeSight, according to Wards has the “ability to calm the nerves” when its driver-assistance systems are activated. Ward’s Auto says, “The car’s ability to indicate what it sees and what it is about to do is unparalleled, making for a relaxing, confident drive. Other automakers should copy the formula immediately.”

That’s an impressive recommendation. Impreza’s safety system lets the driver know it sees what’s ahead and is ready to react to it. The adaptive cruise control brakes and accelerates automatically keeping safe distances and works especially well in heavy stop-and-go traffic adding to the confidence factor. One Wards judge reported completing a 75-mile (121-km) freeway trek from on-ramp to exit without having to touch the pedals.

Wards even said the $29,000 Subaru Impreza rivals the BMW 7 Series luxury sedan ($84,000 for a base 740i model). They said, “Other than the BMW 7-Series, this is the gold standard for adaptive cruise control operation and showing you what it’s doing at the same time.”

The Impreza compact not only features a standard back up camera, but also comes with back-up emergency assist, which warns you of cross traffic when backing out of a crowded parking spot at the mall, which could help prevent a collision. Wards said it also scored well in its voice activation of the temperature settings, a feature not found even in many luxury models tested, and said, the Navigation worked well, and map graphics are a “cut above average”.

The new 2018 Subaru Impreza compact scores Ward’s “10 Best User Experience”, and they say it rivals the BMW 7 Series in its adaptive cruise control system. They go on to say, “Simply put, few other vehicles in this compact segment deliver on as many UX (User Experience) fronts as the new Impreza.”