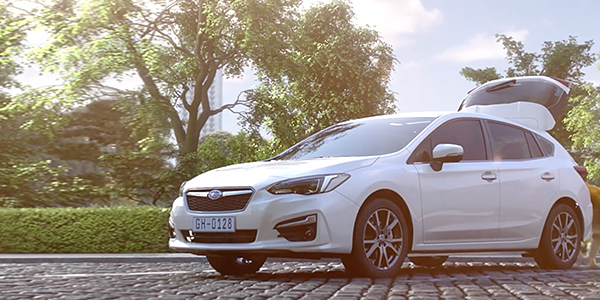 How 2017 Impreza Ushers in a New Subaru Era

As the all-new 2017 Subaru Impreza gets ready to make its dealer launch, another celebration is going on at Subaru. It’s 50 years of the Boxer engine.
Advertisement

The Subaru brand is best known for its boxer engine and the 2017 Subaru Impreza will still be powered by one. It’s been 50 years since the first Subaru 1000 compact car rolled off the assembly line with the power plant. Things are changing at Subaru. A new era is dawning for the Japanese automaker.

Besides, Porsche, Subaru is the only automaker to use the boxer engine design, and the only manufacturer in the world to use it to power every vehicle in their lineup. Subaru’s signature Boxer engine was introduced in the Subaru 1000 compact passenger car on May 14, 1966. Since then, it’s been a productive workhorse for the brand and its total production over the past 50 years now tops 16 million units.

Subaru will bring their newest-generation engine and new compact car, the 2017 Impreza to the Automobile Council 2016 in Japan August 5-7 in Japan to tell the world about both. Both have change over the years as Subaru products have evolved into something truly efficient and effective. Their all-wheel-drive vehicles along with the BRZ rear-drive sports coupe are fun-to-drive partly because of the design of the engine.

Even though the 2016 Forester, Outback and XV Crosstrek have a high ground clearance, the engine's flat, low profile helps to lower the vehicle's center of gravity, enhancing driving stability and handling performance. The new 2017 Subaru Impreza gets Subaru’s new Global Platform with new underpinnings that will change things even more.

What difference will it make?

Combined with the Boxer engine, the new underpinnings will reduce vibrations and produce a smoother ride quality. Subaru says, the body and chassis will be 70-100 percent more rigid which will translate to improved steering response, and the increased rigidity of the suspension mounting will also reduce body roll by 50 percent compared to current models. The new Impreza will have a lower center of gravity improving driving dynamics in the corners producing a more dynamic ride. Subaru says the new global platform underpinning the 2017 Impreza improves crash energy absorption by 40 percent over present models.

Consumers in the U.S. will be able to purchase the new 2017 Subaru Impreza with a new-generation Boxer engine and the new global platform for the first time later this year. Subaru brings the new compact and the Subaru 1000 to the Automobile Council 2016 in Japan August 5-7 to show the world the new and the old. A new era is dawning for the Japanese automaker.