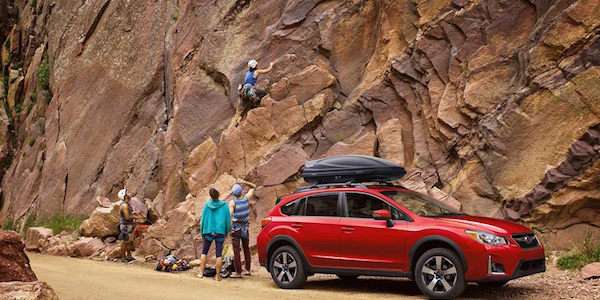 Here's How Subaru Uses Ordinary to Do the Extraordinary

Subaru is an ordinary car company that is having extraordinary success. How does the small Japanese auto maker do it?
Advertisement

Industry experts are baffled at Subaru’s success. 2016 saw Subaru smash its eighth consecutive yearly sales record. The tiny automaker has had more consecutive sales records than any automaker in in U.S. and they do it with less. Subaru has only seven basic models. Besides the WRX STI, none has a base price above $26,695.

Subaru created a niche market when no-one else was focusing on all-wheel-drive cars. Now, this is the hottest segment in America as consumers are buying all-wheel-drive crossovers at a fast clip and sedan sales are slipping. Subaru went after a small segment of buyers in the 70s and it’s turned out to be a boon for the Japanese automaker in the last 8 years.

Subaru has stayed with what made them successful. They focus on safety, all-wheel-drive for adventure enthusiasts and the boxer engine, which no other automaker uses exclusively in their entire lineup. The boxer design allows for a lower vehicle center of gravity, creating a dynamic driving experience. Consumers like they way the vehicles drive, their all-weather, off-road capability and their top safety record.

Subaru just hit their eighth consecutive yearly sales record going back to 2009. They did it on December 21. Subaru of America has sold 582,675 vehicles, and they expect to pass the 600,000 mark by the end of the year for the first time ever. Why does Subaru keep setting records year-after-year? The tiny automaker has had more consecutive sales records than any automaker in in U.S. and they do it by being ordinary.