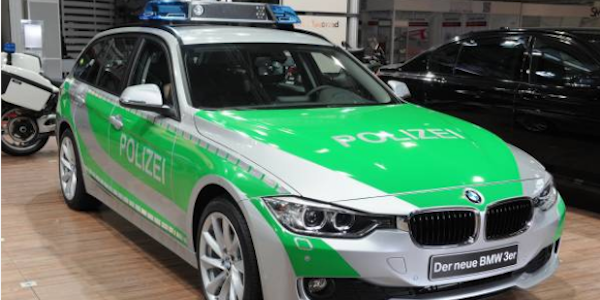 After months of driving them, German cops say the BMW 3 Series is not suitable for patrol duty. Why do they distain the 3 Series?
Advertisement

Police in Germany, want to give back the new BMW 3 Series patrol vehicles they’ve been driving for the last 6 months. The German cops say there are 25 flaws that make it “completely unsuitable for patrol duty.” According to a report by RT, an internal review by Germany’s North Rhine-Westphalia state, the police department found 25 reasons they don’t like the BMW 3 Series.

"The BMW is completely unsuitable for patrol duty," is what RT reported the German police department said about the BMW 3 Series 318d they’ve been using for patrol duty. The document obtained by the Rheinische Post says the number of flaws in the car “is more than expected.”

The report doesn’t list all 25 “flaws”, but the police did cite the 3 Series was “too small” and didn’t have enough room inside the cabin for wearing police protective gear, the rear hatch didn’t have enough cargo space and sitting in the front seat caused bruises and chafed knees because of the way the radio and the door handle are placed.

Police officers also said safety belts cannot be height adjusted, so some officers reported they interfered with their firearms. Other complaints came from the BMW 3 Series lighting system. When the cars are locked, the headlights will automatically turn off causing safety issues when the officers are making a routine traffic stop or responding to an accident.

Too late to make a change now

Unfortunately, the German state has already leased 1,845 of the 3 Series wagons last year and they can’t just return the vehicles. The contract cost the German police department around 21 million Euros ($23.7 million US). The Interior Minister said safety for daily use was important when he announced the change to the new BMW 3 Series 318d service vehicles.