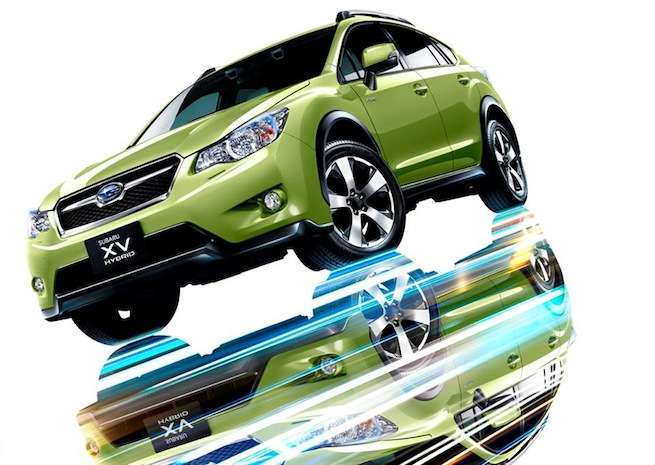 Subaru launches their first ever hybrid model and it comes with fuel-saving technology and newly released features that set it apart from the standard XV model. The new 2014 XV Hybrid will feature Subaru’s excellent Symmetrical all-wheel-drive system and 8.7 inches of ground clearance for off-road capability. But the new hybrid model will also get a few new features for the chassis, exterior and hybrid system to enhance driving dynamics and ride quality.

The new 2014 XV hybrid goes on sale in Japan first before it’s launched around the globe later this year. The brands first-ever hybrid will feature Subaru’s distinctive driving experience and combine it with the fuel-sipping hybrid technology they developed in house.

It uses a 2.0-liter Horizontally-Opposed 4-cylinder gasoline engine that was partially modified for the hybrid model, including reduction in engine friction. The configuration of the hybrid system and battery along with the low center of gravity and superior weight balance should deliver superb driveability and handling on-or-off -road.

By using a motor assist function for the engine output, enhanced fuel economy has been achieved. Subaru says the new 2014 XV Crosstrek Hybrid model will achieve 20.0km/liter (47 mpg) from the Japanese JC08 test cycle that was conducted for the new XV Hybrid (19.0km/liter in case that vehicle weight is 1,540kg). This test cycle is is expected to be more “real-world” and meets Japans new more demanding 2015 Fuel Economy Standards ahead of time.

With the unique features that are designed into the all-new 2014 Subaru XV Crosstrek Hybrid, ride quality, noise reduction, superior fuel mileage and visual enhancements have been achieved. The new fuel-sipping hybrid will help Subaru achieve even greater heights in 2014. Look for it to arrive on U.S. shores late 2013.