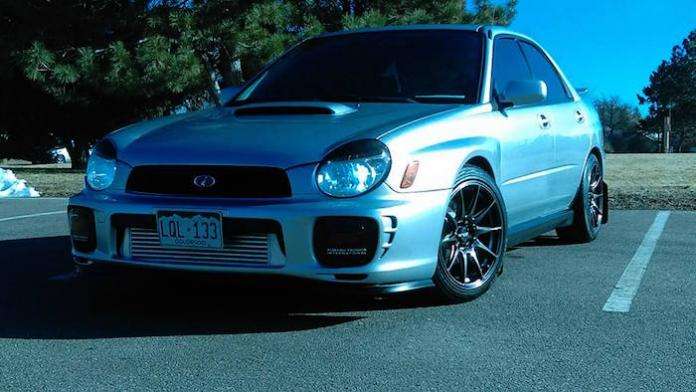 Do You Own A Subaru? Beware, it’s the Vehicle Targeted by Car Thieves Around the Globe

If you own a Subaru, beware, car thieves want your vehicle. It’s a global phenomenon.
Advertisement

Car thieves like Subaru vehicles and it seems to be a global phenomenon. TorqueNews.com recently reported that car thieves are targeting Subaru WRX/STI performance cars in Denver, Colorado and selling the parts for big money. Now another report from New Zealand from stuff.co.nz reports cars thieves are targeting Subaru vehicles in their country and doing the same thing.

There’s one difference in New Zealand, the thieves are stealing the cars, stripping their parts, and then leaving them burned out. Senior Sergeant Scott Richardson from Nelson Bays, said 47 cars had been stolen in the Nelson region since June 1, well above comparative figures for the past two years. "Thieves do really seem to be targeting Subarus at the moment, and we're having them dumped, or burnt out, all over the place," Richardson said.

The reports says, Subarus are the most stolen vehicles in Northland, Auckland, Counties Manukau, Bay of Plenty, Eastern, Central, Wellington and Tasman according to the local police in those areas. The car thieves are targeting Subaru and some Nissan cars in a spree which has seen almost 50 vehicles stolen in six weeks.

More in thefts in the Rocky Mountain region

In Colorado it’s a big problem. We found three Subarus listed on the Simply Subies Colorado Facebook page that were stolen in the last 24 hours in the Denver area. Members of the club are starting to post pictures of their stolen cars on their fan Facebook page so people can have a central place to post so others can keep an eye out for their stolen cars. “Just trying to help get everyone their rightful property back”, says Bobby Herz, one the club members.

Another post was from Anthony Aldana who had his 2002 Subaru Impreza WRX silver “Bugeye” stolen on Monday morning in the Denver area (pictured above). He also put up a Facebook post asking for help from the local club members. An additional post came from a Subaru owner in Salt Lake City, Utah, from Rocky Mountain Subies and AWD club, who had his STI-modded 98 Legacy Outback wagon stolen yesterday. He says in the post, “Whatever you can do to stop them! Thank you.”

So if you own a Subaru, especially a custom WRX/STI or other modified models, be careful because your custom ride is a target for car thieves. It’s not just in the U.S., it’s a global phenomenon and New Zealand is also reporting a big surge in thefts. Richardson went on to say, "We have people out there at the moment who are quite adept at breaking into, and stealing, Subarus.” If you live in Denver, and see Anthony’s 2002 Subaru WRX, please call the police or post a message on this page.