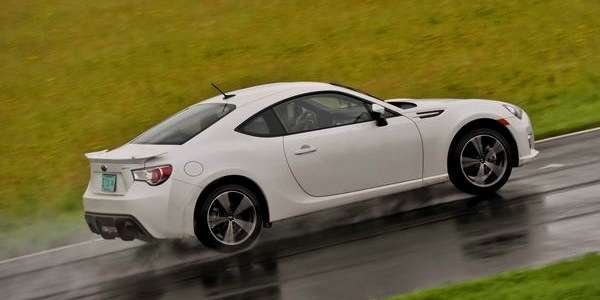 The new Cosworth upgrades for the Subaru BRZ FA 20 engine are coming soon from Cosworth. What can we expect?
Advertisement

How a bout a wing on the back of your BRZ that will look like the WRX STI wing? That’s just one of the things Cosworth will bring to their new FA 20 Performance Power Package. Cosworth gives very few details on the new Power Package for BRZ, but from the video below, we see a sports exhaust system and possibly a supercharger or turbocharger to boost horsepower. The two-door coupe will also come with a large “STI” style wing, blue body stripes and lots of Cosworth badging to identify who’s providing the extra power.

We got a preview from the SEMA Show last November, when Cosworth introduced their multi-stage power package for the 2013-2014 Subaru BRZ powertrain. Apparently this is the just the first stage of their multi-stage power package for Subaru’s BRZ/Toyota GT86 powertrain. They are calling it Stage 1 and it comes with a number of bolt on items to bump up the horsepower of the stock 2.0-liter Boxer engine. It features a fully tuned stainless steel exhaust system, a bespoke four into two into one exhaust manifold, a high-flow sports CAT, and a high performance panel air filter. The BRZ engine upgrade from Cosworth will add approximately 24 horsepower over the factory equipment.

It also comes with a specially mapped Engine Control Unit, or (ECU) program. The Cosworth performance ECU controls a series of actuators in the engine to enhance the BRZ engine performance. It does this by reading values from a multitude of sensors within the engine bay, interpreting the data using multidimensional performance maps, called lookup tables, and adjusts the engine actuators accordingly. It also ensures all the other components work together in perfect harmony.

Who is Cosworth? They are located in Northampton, UK and they are a global technology business that develops performance upgrades for automotive and sport. For 2014, Cosworth will bring a new Performance Parts range providing complete performance upgrade kits that will increase the level of performance over the stock FA 20 Subaru engine. While we don’t know exactly how much power we can expect from the Cosworth upgrades, the Cosworth Power Package treatment will be coming this summer for Subaru BRZ/Toyota GT 86 performance fans.