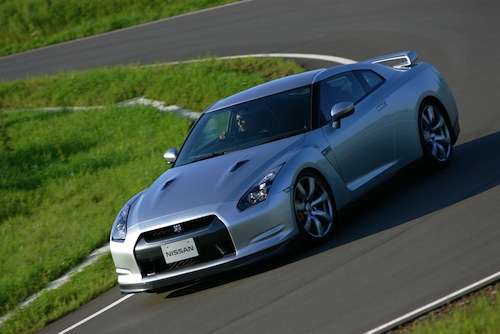 Chris Harris takes the Nissan GT-R Track Pack and Porsche 911 Turbo S to the track and tests each to see which car is faster.
Advertisement

British racer and journalist Chris Harris took the Nissan GT-R Track Pack and Porsche 911 Turbo S out on the race track and gave a serious test of each to see which car would come out on top. The cars are two of the fastest and most extreme versions of the road cars offered by each car maker. Even though the track was a bit wet on the day Harris took the pair out for the test, he was able to make some fast runs around the track with each car.

Harris makes some good points about each car and gives us a good idea of what each car is about. Although the 2013 Nissan GT-R he drove was the Track Pack model which is currently offered in the UK and Japan, with modifications, it can be even made to go faster. The 911 model, was the latest version of the high-performance Turbo S that was first launched in 2011.

We’ll give some details on each car starting with the 2013 Nissan GT-R Track Pack model. At the launch of the new 2013 GT-R, Nissan released information about a Track Pack model that would have some extra goodies designed to give the already fast car an “extra edge” on the race track. The car is currently only offered in the UK and Japan, and buyers in those countries can expect to pay an additional $15,600 to get the Track Pack package. That brings the total cost of the GT-R to $131,750.

The Track Pack model gets extras like lightweight six-spoke RAYS alloy wheels and brakes that are cooled by additional cooling ducts that reduce operating temperatures by as much as 100 degrees during track use. The suspension system has also been revised for track use, while adjustable dampers offer more comfort when the car is being used on the road.

To reduce weight, the GT-R Track Pack rear buckets have been removed and the front seats have been replaced with lighter Recaro racing seats.The GT-R Track Pack has 545 horsepower and 463 pound-feet of torque, and is mated to a six-speed dual-clutch transmission and all-wheel drive. It has a 0-60 time of 2.7 seconds but, as Harris points out, doesn't offer much over a standard GT-R despite costing $15,600 more.

In Porsche terminology, the S suffix generally means more power and better handling, and this car appears ready to live up to the badge. The twin-turbo flat-six is boosted to 530 horsepower and 516 pound-feet of torque from the base turbo’s output of 500 horsepower. All that power is sent to all four wheels via a seven-speed PDK dual-clutch transmission.

Chris Harris raises some good points in contrasting the two cars. Check out the video to find out which one he’d rather own.