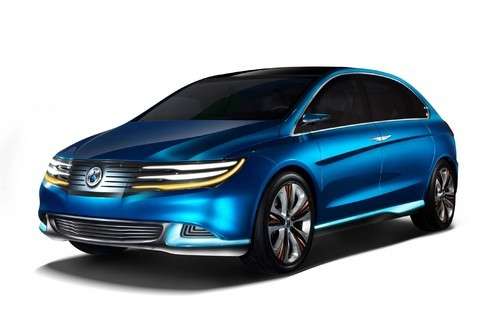 The Auto China 2012 show in Beijing is giving us a glimpse into what the new global automotive landscape will look like.
Advertisement

When you think about the high-profile auto shows worldwide, the top shows are held in Detroit, Geneva, New York, Tokyo, Chicago, Paris, Frankfurt and LA. But the Auto China 2012 Show in Beijing show us just how much the automotive world has changed in just a few short years.

General Motors and Chrysler have gone through a complete transformation since Detroit crashed, and the whole automotive industry has changed in an incredible way. Who would have thought that Hyundai Motor Group would be one of the top selling and innovative companies just a decade ago?

Today we see China emerging as the world's largest auto market, and because of that global influence, the auto show in Beijing is now one of the most important shows in the world. If you are a consumer looking to see what will be coming in the future, you might want to reserve your plane ticket to next years show in Beijing instead of Detroit and Geneva.

Just take a look at this years show in China and we can see what is playing out right before our eyes. The show that just closed on May 2, hosted almost every major international automaker in the world along with many up and coming Chinese brands showing off how far they come in a short period of time.

Even though sales of new vehicles has slowed in China, most major car companies see China as a major area of expansion. Lamborghini just opened two new showrooms in China, and almost every carmaker is looking to expand there in the future.

Another change on the horizon will be more and more Chinese car makers will be exporting their cars around the world. Firms like Geely used Auto China to trumpet the models designed and manufactured in China and their stands were hot property at the show.

Denza, the joint venture between BYD and Daimler saw some of the most interest at the show this year, and highlights another trend that seems to be gaining in strength, electric vehicles. Nissan, Volkswagen and Honda all had electric cars on display at the this years show suggesting that automakers are investing in battery-powered vehicles for the long haul.

And what was once an area of dominance in Detroit, the Sports Utility Vehicle, now appears to represent the power of the Chinese market, as there 30 new SUV’s scheduled to hit Chinese showrooms before the end of the year.

It looks like Beijing is fast becoming the new show for carmakers to introduce their cars of the future.