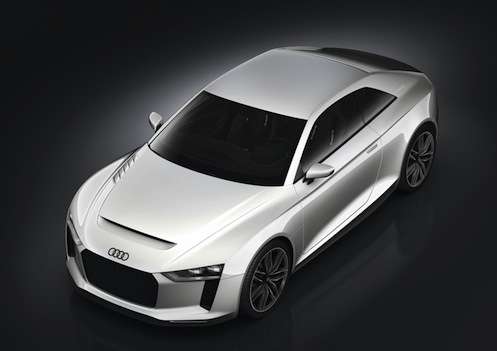 Audi has filed papers with the European trademark office to protect seven new car names likely to be seen on upcoming models.
Advertisement

Volkswagen has made it very clear that they want to be the number one automaker in the world by 2018. In 2011, they sold 8.3 million vehicles for the first time and are well on their way to meeting their stated goal. It looks like Audi, who is owned by Volkswagen, has plans to be the largest luxury brand in the world.

According to Auto Guide, Audi has recently filed papers with the European trademark office to protect seven new car names. The seven names Audi protected are: Q6, Q8, R6, S2, S9, RS1 and RS8. While the Q6 is already known to exist and is still in the testing stages, the other models will likely be seen on future models. The S9 is a new name that hasn’t even been known until now.

Reports say the the Q6 and Q8 models will be Audi’s newest SUV crossovers with the Q6 being the brands answer to the BMW X6. The Q8 would likely be the biggest SUV and would be the luxury flagship in Audi’s lineup. The R6 could be a smaller version of Audi’s R8 supercar with a mid-engine design and would have a more affordable sticker price.

It’s not certain if Audi will have a new luxury model that would slot above the current A8 luxury flagship, but the name S9 suggests that the brand will be introducing another new model called the A9 into the lineup with the S9 being the performance model. The A2 could be another new model with the S2 possibly being a new exciting performance oriented coupe. The RS1 has been seen in spy photos and is a small hatchback, but it may not have a sport performance variant offered.

It looks like Audi has plans to stay on top of the luxury car market and is investing in the future in a big way. They are developing new technologies like the Traffic Jam Assistant. The idea behind this technology is, instead of constantly crawling and braking in extreme rush hour traffic, you can sit back and let the car do the driving for you.

Audi also brought on 3,500 new employees last year, breaking their own hiring record. This year, Audi plans to bring on another 1,200 specialists to the team. The German company also has plans to invest more money in expanding the infrastructure of the company with new property, equipment and plant acquisitions between now and 2016. There is also a strong emphasis on investing in new technologies like electric and hybrid drive.

We can expect to see some exiting new models coming from Audi as they plan on becoming the number one luxury carmaker in the world.