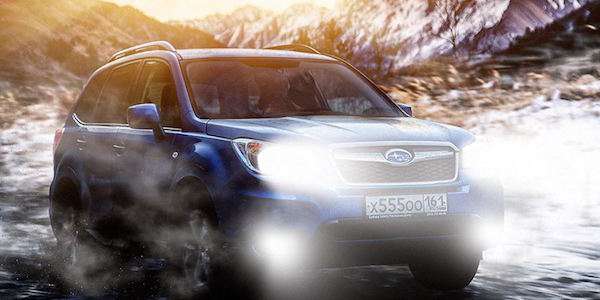 5 Reasons Why Forester is Winning Over Crossover Buyers Worldwide

Subaru is a popular brand in Russia. Why do they think Forester is the Best Compact SUV?
Advertisement

Subaru’s Forester is a global crossover and it’s extremely popular in Russia where the winters are cold and superior traction is needed many months out of the year. According to the newspaper Klaxon, the 2016 Subaru Forester is the “Best Compact SUV.” The small SUV is also a two-time winner of the popular vote "Car of the Year” in Russia, and the “Best SUV” under the Runet version in its price category.

What makes the Forester so popular?

There’s five reasons Forester is voted the most popular choice in the small SUV category. The first reason is they like its size. Russians say the Forester is large enough to carry the whole family comfortably, but compact enough to find a place to park in the city when it’s necessary.

There’s nothing like having confidence in the vehicle you are driving, especially when the roads are covered with ice and snow. Forester inspires driver confidence because of Subaru’s permanent AWD system. It’s X Mode has the ability to power through deep snow drifts and icy sections of the road in the winter. It’s also helpful when driving in deep sand or for off-road excursions into the mountains.

Having the ability to go off-road and having a comfortable ride is usually an oxymoron. Forester offers both in one package. It comes with a suspension rugged enough to handle the tough stuff, but it also smooths out bumps in the road and delivers a comfortable ride.

The Subaru brand is known globally for its superior safety ratings. It doesn’t escape the Russians who also care about their families safety, when on the road, traveling in the city, or on holidays. It’s EyeSight driver assist safety system is an optional safety system on the 2016 Forester SUV.

READ: Why the 2016 Subaru Outback is voted best wagon in Russia.