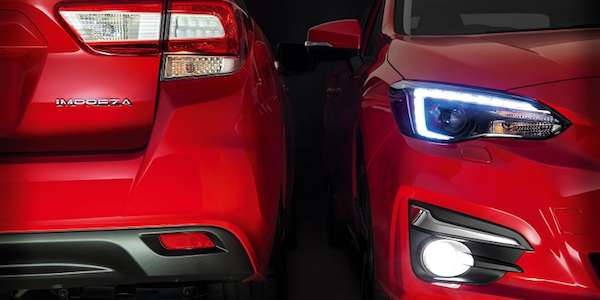 Subaru Australia announced a new service program that can save you money. There’s two other ways the new 2017 Impreza can save global consumers money.
Advertisement

The new 2017 Subaru Impreza launches in North America and Australia soon with some money-saving features. Down under, consumers can save money when they take their new compact in to be serviced. Subaru AU announced a new cost-saving extended service intervals for its new-generation Impreza Sedan and 5-Door models. They also announced pricing from $22,400, the same as the superseded model, making the new technology package even more competitive in the compact car segment.

The list of new features and upgrades on the 2017 Impreza are extensive and you can read about them here. Along with the new upgrades, Subaru Australia has announced the new extended service intervals that can save you money. Subaru AU says, under the new Impreza Capped Price Service Program (CPS), Impreza service intervals are extend to 12,500 kilometers/12 months, compared to 12,500 km/six months for the superseded model.

In the first three years of the CPS, the total cost of servicing the new-generation Impreza is $1298.19, representing a savings of $918.86 compared to the outgoing model. Subaru AU says they can do this because 95 percent of the 2017 Impreza is all-new.

Another money-saving feature on the 2017 Impreza for all global consumers is the available EyeSight safety system. There’s two ways it can save compact car buyers money. First, it could prevent you from getting into an accident. With its driver-assist technology, it's optical cameras can recognize a potential situation and stop the car before a crash occurs. The second way it saves consumers money is in lower insurance premiums.

Subaru AU is reporting, EyeSight sales now represent 49 percent of Subaru sales year-to-date (to end of September). They are expecting that number to go up even more when the new Impreza makes its dealer launch. This would likely make EyeSight the greatest volume of any brand for such technology.

Consumers in Australia will be able to save money when they get their new 2017 Subaru Impreza serviced. Subaru of America has not announced any new extended service programs. All Impreza buyers will be able to take advantage of the available EyeSight safety feature which could prevent an accident and save you money in lower insurance premiums.

The new 2017 Subaru Impreza goes on sale now in Australia with the first deliveries to be made in December. The new compact is now built in Lafayette, Indiana for the first time and that also saves consumers in North America money. The new compact had a minimal price increase which is reflective of the shipping cost savings from Japan being passed on to consumers in the U.S. and Canada.