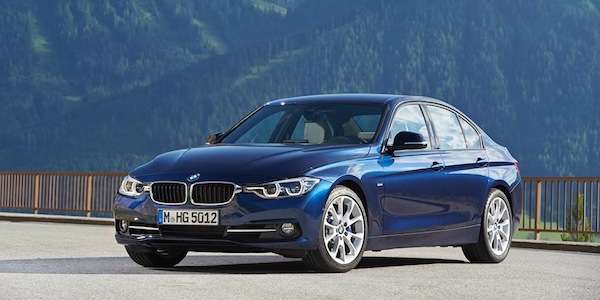 The new 2016 BMW 3 Series is getting more recognition. What new top ten list did the 3 Series make?
Advertisement

Newswire has come out with their picks of ten of the best new or improved 2015 models, and the new BMW 3 Series is number one on their list. The BMW 3 Series started it’s successful run four decades ago. The latest variant, the new 2016 BMW 3 Series, gets a revised engine lineup, a more advanced chassis and additional equipment options.

Newswire is impressed with the new 3 Series and gives it the number one spot for the best new or improved 2015 model. Newswire says, “A huge success, the 3 Series oozes driver appeal while being a highly practical choice. It’s grown in size since the original’s launch 40 years ago. The 2015 incarnation is more evolutionary than all-new. Improvements to the cabin, revised engines including three-cylinder turbos and a hybrid should keep it at the top of the tree in its class.”

With over 14 million 3 Series models sold to date, it’s the brand’s most popular model in their lineup around the globe. The newest 3 Series gets upgraded with a new design and gets new efficient engines. Consumers now have eleven powerplants to choose from and comprises four gasoline and seven diesel engines at market launch.

The 2016 BMW 3 Series with its new engines, chassis upgrades and new equipment options is the top choice in the luxury class. Newswire thinks its the best new or improved 2015 model on the planet in any class. Look for the new BMW 3 Series to continue its successful run as the brands best-selling car in their lineup.