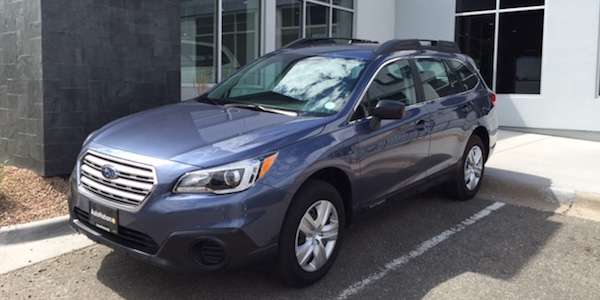 At least 99 2017 Subaru Outback wagons are being recalled by Subaru of America for improperly tightened brake bolts. The Outback models, manufactured at Subaru’s plant in Indiana, “may have improperly tightened attaching bolts for the front left and right brake calipers, wheel hubs, and the right stabilizer clamp” according to the National Highway Traffic Safety Administration. (NHTSA).

The NHTSA says this could be potentially dangerous and increase the risk of a crash. They say, “If any of the front brake caliper, wheel hub or stabilizer clamp attaching bolts loosen or detach, the related components would also become loose and may detach possibly making the vehicle unstable and reducing the braking capability.”

It’s traced back to one assembly line worker

The affected 2017 Outback wagons were manufactured at the Subaru plant in Lafayette, Indiana. According to Carscoops, the brake issue was discovered by a plant worker who discovered abnormal brake noise on one of the vehicles during a routine inspection. After further investigation, Subaru was able to trace the improperly tightened bolts back to "one associate on the assembly line", who did not properly torque the front left and right brake calipers, wheel hubs, and the right stabilizer clamp.