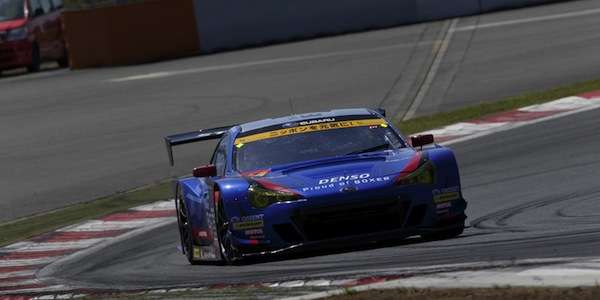 The 2015 Subaru BRZ GT300 performs considerably better at Round 2 of the SUPER GT held at Fuji Speedway.
Advertisement

The team ran a clean race and had no troubles during the 500km event at Fuji Speedway. At the start of the 500km race, Iguchi Takuto was first to pilot the BRZ and dropped to 13th place after the first 20 laps. Iguchi said the oversteer experienced in qualifying had not completely been resolved. During the race, there wasn’t much the team from R&D Sport could do to adjust the issue.

After the first mandatory pit stop, Hideki Yamauchi took over as the driver and was able to move up to 6th position. Yamauchi was keeping up with the leaders and had good speeds on the straight away. The BRZ returned to the pits for the second scheduled pit stop for the 500km race. Yamauchi continued behind the wheel and took the longer stint.

Yamauchi moves up to 2nd place

As the other teams continued to make pit stops, Yamauchi was able to move up to 2nd place after 70 laps. They switched drivers again for the final leg of the race, and after Iguchi returned to the course, the BRZ GT300 encountered heavy traffic being lapped with GT500 cars and was jumbled together with the other GT300 race cars. Iguchi crossed the finish line in eighth place and received the first driver points of the 2015 season.

Subaru decided to switch from Michelin to Dunlop tires this season and the tires played a key role in the season opener as the 2015 Subaru BRZ GT300 finished in a disappointing...read more.

The 2015 Subaru BRZ has undergone many changes for the 2015 season and the team feels like they are getting the car dialed in after the 17th place finish at the first race. The speed has been greatly improved with the new Dunlop tires in the rear of the car. After the race, Yamauchi said, “After this weekend, the car feels like it’s going to get better every time we run. This weekend we didn’t have any problems with the new car and were able to just go out and run hard until the end.”

Next up for the 2015 Subaru BRZ GT300 is Round 3 of SUPER GT which will be held at Chang International Circuit of Thailand on Saturday, June 20-21.