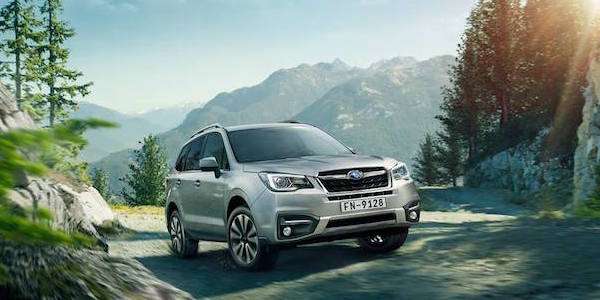 Why is the 2016 Subaru Forester the perennial best-selling vehicle in the brand’s stable of all-wheel-drive vehicles?
Advertisement

Do consumers buy a vehicle just because it has a good safety record? It’s not the only criteria buyers are looking for in a vehicle, but it’s now near the top of the list for many small SUV buyers. It could be why Subaru is seeing record sales year after year. Subaru is known for their multi-purpose all-wheel-drive vehicles like the 2016 Forester, but the Japanese automaker is becoming known as the safety leader. What makes the Subaru Forester a standout in safety in the small SUV class?

Subaru’s Forester has the distinction of being the longest running IIHS (Insurance Institute for Highway Safety) Top Safety Pick (TSP) winner in the small SUV class for 10 consecutive years (2007-2016). Forester isn’t the only car in their stable with top safety ratings. Subaru’s Legacy sedan is also a perennial TSP winner, making Subaru’s midsize sedan the longest running IIHS TSP for 11 years in a row (2006–2016). It’s not just these two vehicles, the Japanese automaker has also been awarded IIHS Top Safety Picks 8 years running 2009-2016 for all their vehicles.

Why is the brand concerned with safety?

Not many know Subaru for their history of making safe vehicles, but it started in the 60s for the small Japanese automaker. Safety has been a top priority for Subaru since 1965 when they began conducting their own tests before there was any government testing being done. It’s one of the brand’s core values that isn’t going away.

When Nobuhiko Murakami, Corporate Senior Vice President Fuji Heavy Industries (FHI), unveiled the new European Levorg sports tourer at the Geneva Motor Show last year, he made an interesting statement to the press. He said, “We aim to become the number-one brand for overall safety.” Subaru is committed to safety and has developed its highly-rated collision safety system called "EyeSight" that is rated number one in the industry. The preventative safety system has been proven in independent tests to significantly reduce accidents in Subaru vehicles.

Forester will be even safer in the future as it gets a new platform that will build on what FHI has been working on since the 60s. The next-generation Subaru Forester will get the new Subaru Global Platform that will be introduced in the 2017 Impreza compact. It’s all part of FHI’s Mid-Term Management Vision Prominence 2020 announcement in May 2014. Safety is a big concern for many consumers, and it’s one reason why the 2016 Subaru Forester is the brand’s best selling vehicle.

Watch the History of making safe vehicles since 1965 video.