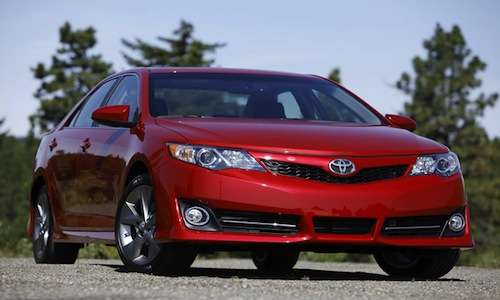 Toyota to raise prices on six models, including Prius and Camry

Toyota will raise sticker prices up to 1.5 percent on six of its most popular models.
Advertisement

Although Toyota Motor Corp. has experienced record profits in 2012, the automaker may be jeopardizing this success due to their latest announcement. Toyota has just revealed that it will institute a midyear price increase of $90 to $250 on six models. The increase, which represents a 0.3 percent to 1.5 percent bump, will affect vehicles produced in May. The six models in question are the 2012 Toyota Prius v, Camry and Camry Hybrid, Highlander Hybrid, Tacoma pickup truck and the 2013 Scion tC.

The aforementioned vehicles represent the most popular models currently being produced by Toyota. Each vehicle is near the top of its class in fuel economy, which has been increasingly important this year. Toyota is yet to comment on the reasoning behind the price hike. Toyota’s statement comes during a record month for U.S. auto sales, which is the highest since 2007.

“We are looking at a record-breaking month for many manufacturers in March with Hyundai, Nissan and Volkswagen expected to have their highest unit sales ever in the U.S., ” said Jesse Toprak, of TrueCar.com to the Los Angeles Times. Toprak went on to say, “We also forecast that Chrysler, Ford, GM, Honda and Toyota will have an extremely strong month, with some of the highest unit sales in years. Due to stronger-than-expected recovery, we’ve increased our sales forecast another 3.6%, from 14.0 million unit sales to 14.5 million unit sales in 2012.”

As for Toyota, the automaker is aiming for record domestic and global sales in 2012. The company actually anticipates selling 9.58 million vehicles globally this year, which would be a 21 percent increase compared to 2011. The figure would also top Toyota’s record breaking 9.37 million in sales in 2007. Toyota expects global sales to increase 18 percent to 7.26 million and domestic sales to jump 30 percent to 2.32 million units. A strong 2012 is vital for Toyota, who experienced a 6 percent dip in sales last year.

Toyota is not the only the only automaker who is increasing prices. Hyundai is also making customers pay more, but in a more subtle way. The Korean car company plans to reduce the typical discounts buyers have become accustomed to. In turn, customers will pay more, even though it will not be reflected in the sticker price. Unlike Toyota, Hyundai explained their decision by stating that transaction price has jumped from 86 percent to 96.5 percent in just three years.