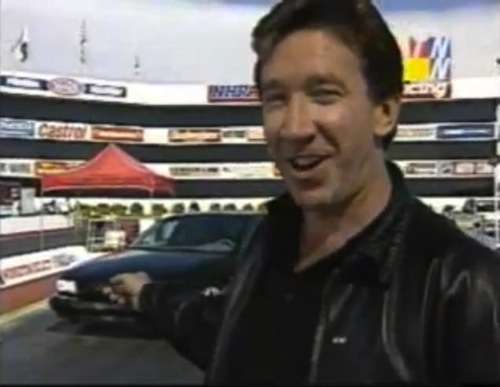 According to police reports, Faustino Ibarra, 34, allegedly stole Tim Allen's Chevy Impala and proceeded to drive it from Los Angeles to Denver before being obtained by Denver police.
Advertisement

A 34-year-old man claiming to be the adopted son of actor Tim Allen is currently in police custody after allegedly stealing the star’s custom 1996 Chevy Impala SS. The alleged thief Faustino Ibarra, reportedly took the vehicle from Allen’s Los Angeles garage, and drove it all the way to Denver. As if that weren’t strange enough, Ibarra told police that Allen, his supposed adopted father, left the keys in the car for him so he could take a trip to Northeast Denver.

There’s one glaring problem with Ibarra’s story, however: no one believer him. Not only do Denver police claim that Ibarra is lying, but FOX 31, who interviewed the alleged thief in jail, has also found no independent evidence that Allen ever adopted Ibarra.

As for Ibarra, he told FOX 31 in an exclusive jailhouse interview: “I’m trying to make it simple for you to understand. I didn’t break into (Allen’s) garage. He left the door open and he left me the keys so I could get the car and take it to Denver.”

Ibarra went on to add: “I emailed my dad the morning that I got the car in and everything is fine and I’ve got the car and it’s ready for you and we need to talk about me coming to live with you.”

Los Angeles County is expected to extradite Ibarra so he can face charges in California, where the vehicle was stolen. Aside from motor vehicle theft, Ibarra may also face stalking charges, according to police.

While a 1996 Chevy Impala may not sound like a highly desirable vehicle, Allen’s ride is about as custom as it gets. In 1996, the then Home Improvement star worked with Chevrolet’s Jon Moss and Wheel to Wheel’s Jeff Beitzel to convert a standard 1996 Impala SS into a one-of-a-kind vehicle. Containing both interior and exterior modifications, Allen’s Impala SS touts a DOHC 32-valve Corvette ZR1 engine and delivers 446 hp. Not to mention, the vehicle’s rear also boasts a “Binford 6100” badge, the fictitious tool manufacturer from Home Improvement’s “Tool Time” show.

Allen raved about the vehicle in a 1996 promotion video for Car and Driver stating: “The question I have is what if a Corvette got really drunk and had a fling with a Sedan De Ville that wished to be a limousine? The offspring – sitting right over there.”

Allen even drove the special Impala SS to the People's Choice Awards and mentioned the vehicle on stage while accepting his award for Favorite Male Television Performer. “I got my two customized Impala’s out there instead of a limousine. I’m a hot guy,” boasted Allen.

Allen’s publicist Marleah Leslie has declined to comment on the case because it’s a police matter.

Stay tuned for more details as the story continues to unfold.