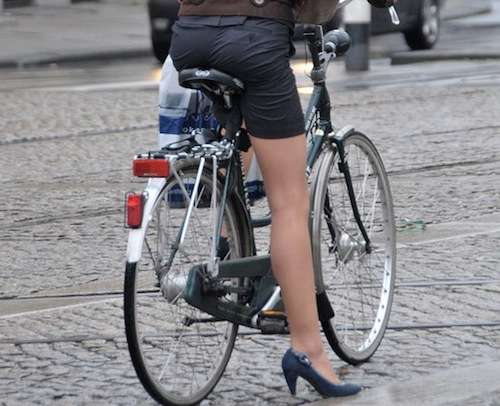 The survey of over 15,500 Irish motorists yields several interesting differences in regard to what distracts male and female drivers.
Advertisement

It’s no surprise that both men and women become distracted while driving. A new AA Ireland study, however, points of that although both sexes get distracted, it is for much different reasons. The AA Insurance study surveyed over 15,500 Irish motorists to determine just what exactly diverts their attention from the road. Unfortunately for men, they seem to live up to their reputation by admitting that their greatest distraction on the roadways is attractive females. So how about the attractive Irish men roaming the countryside? The survey concluded that less than three percent of women get sidetracked by men, making it one of their lowest forms of distraction.

While the result may seem slightly amusing, it is a little alarming for male drivers. In fact, nearly 30 percent of all men surveyed admitted to nearly getting into a collision as a result of ogling the opposite sex. The study classifies these attention-grabbing females as pedestrians and cyclists. Aside from women, the next highest distraction for men was billboards/advertising. Next up were road accidents, followed closely by other stopped vehicles.

Aside from the disparity between men and women who get distracted over the opposite sex, the investigation also determined several other intriguing facts. In addition to asking participants about the opposite sex, surveyors asked them about the same sex. Interestingly, male drivers were more likely to get distracted by other men, compared to women being distracted by other women. Also not entirely shocking, males were twice as likely to be distracted by an eye-catching car, while women were more prone to be preoccupied by attractive roadside art.

Although the survey results may be fun to dissect, Conor Faughnan, AA’s Director of Consumer Affairs, argues that distracted driving is nothing to scoff at. “The more general point of driver distraction is a serious concern for all drivers. Driving requires concentration at all times,” said Faughnan.