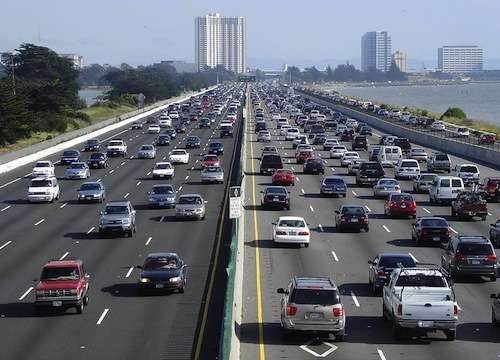 Although men are often associated with "driving while angry," the new study illustrates that more women actually admit to experiencing road rage.
Advertisement

Let’s face it; you have most likely experienced road rage at one time or another while driving to work. Whether you’ve yelled, cursed, or employed a certain one-fingered gesture, it happens. But have you ever wondered which sex exhibits road rage more often? Well, a new study by CareerBuilder offers some valuable insight into that exact question.

So what mainly accounts for road rage? According to Rosemary Haefner, vice president of human resources at CareerBuilder, time is the biggest factor.

“Road rage is most often associated with running late and far commutes,” says Haefner. “Planning ahead and taking advantage of flexible work arrangements can help alleviate stress levels and set a more positive vibe for the workday.”

As for what might account for women being more prone to road rage, Dr. Anjali Chabria argues, “Women are definitely more stressed out than men. They have to balance their high profile jobs as well as the home front. Stress leads to aggression on the road.”

In case you are wondering, men and women express their road wage in different ways. Men are more apt to get angry if another driver, especially a woman, gets in his way. Female road rage tends to be more time-bound, including finishing errands, dropping off and picking up children from school, and getting to work on time.

Despite the differences, Haefner recommends the following tips to drivers of both sexes:
1. Give yourself extra time. Although you may not want to, try setting your alarm an extra 15 minutes early. Also, start making your lunch and picking out your clothes the night before. Sound childish? Well, it works.
2. Request accommodating working arrangements. Starting work at off-peak times helps avoid rush hour traffic. Exploring telecommuting may also be an attractive option.
3. Try easy listening. Not surprisingly, listening to calming music or books on tape may help relieve your stress while traveling to work.
4. Think about public transportation. Another way to relax while traveling to work is by not driving yourself. Leave the agonizing commute to a bus driver and read a book.

CareerBuilder’s study was conducted by Harris Interactive from May 14 to June 4, 2012. Over 3,800 workers were included.