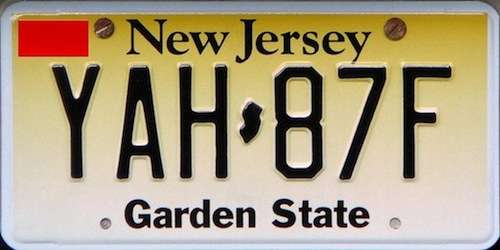 The mandatory decals have reduced teen crashes by 1,624 since the NJ law was implemented in 2010.
Advertisement

A new study conducted by The Children’s Hospital of Philadelphia (CHOP) has found that New Jersey’s Graduated Driver Licensing (GDL) decal program that lowered crash rates amongst provisionary teenage drivers. The purpose of the study was to evaluate a New Jersey law that requires drivers under 21 with a permit or restricted license to put a state-issued red decal on their license plates.

In order to examine the New Jersey’s GDL program researchers utilized the state’s licensing and crash databases from Jan. 1, 2008 to May 31, 2011. In turn, Children’s Hospital of Philadelphia officials looked at GDL related citations in the two years prior to the law’s implementation and one year after. Researchers found that police-reported crashes decreased by 9 percent. In total, 1,624 teen crashes were prevented due to the new decal system.

New Jersey’s decal program went into affect on May 1, 2010. Also known as Kyleigh’s Law, the program is named after Kyleigh D’Alessio, a New Jersey teenager who was killed in a car driven by a probationary driver.

The law requires that all probationary drivers purchase the decals, which cost $4 per pair, and attach them to the top left corner of the license plate. The decals are easily detachable, so other family members can drive the vehicle. Failure to display the decals results in a $100 fine. A teen must complete a 12-month probationary period and receive an unrestricted license prior to completing the program.

Not without controversy, opponents have called New Jersey’s decal law unconstitutional. Critics claim that the law discriminates based on age and argues that the decal may lead to teens being targeted by police and perhaps predators.

New Jersey is currently the only that employs the decal program. Six states including Kentucky, Michigan, Alaska, Iowa, Minnesota and North Caroline have all considered a decal law, but have yet to pass any legislation.

Aside from decal programs, GDL laws encompass a variety of other areas. The most expansive GDL law is Nighttime Driving Restriction, which is currently utilized in 48 states and D.C. Additionally, 45 states and D.C. have restricted the number of passengers during the intermediate stage. Lastly, 31 states and D.C. have banned all cell phone use by novice drivers.

Most GDL programs include three stages:

LG's New EV Battery Plant Is a Welcome News for Tesla
Tesla Giga Berlin's New Hurdle: It's Not Only the Gov't, but Now Tesla Itself
END_OF_DOCUMENT_TOKEN_TO_BE_REPLACED