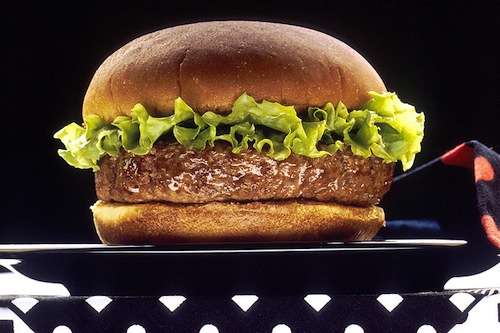 An interesting study from the University of California, Riverside might make some you reconsider your views on pollution.
Advertisement

Have you ever gazed at an 18-wheel semi truck on the highway and thought to yourself, “I wonder how much pollution that thing is causing.” Well, a new study indicates that it may be less than you think. The study shows that commercial charbroilers produce significantly more pollutants than a diesel truck.

In fact, commercial burger restaurants create twice the amount of pollution as a diesel truck, according to the University of California, Riverside. “For comparison, an 18-wheeler diesel-engine truck would have to drive 143 miles on the freeway to put out the same mass of particles as a single charbroiled hamburger patty," said Bill Welch, the principal engineer for the study.

Commercial cooking is second-largest cause of pollution in California, where the study was conducted. Commercial cooking equipment produces grease, smoke, heat, water vapor, and combustion products. Despite this fact, there are very few regulations on the industry.

With this in mind, researchers behind the UCR study are proposing a new device that aims to reduce the pollution caused by commercial cooking equipment. The proposed device will remove grease from the exhaust and trap it in water, says researchers.

On the other hand, there are strict regulations in place on diesel trucks and buses, especially ones that operate in California. As of January 2012, all of the regulations governing diesel vehicles have been updated to reduce emissions. Not only do heavier trucks need to be retrofitted with PM filters, but older trucks must be replaced by 2015. By 2023, virtually all trucks and buses will need to contain 2010 model year engines or newer.

There are also a number of regulations in place on a national scale, including the Heavy Duty Highway Rule, which has helped reduce harmful pollution since it was implemented in 2001. The EPA regulation was originally enacted to decrease the amount of sulfur in diesel fuel. Additional clean diesel fuel programs have aided in substantially reducing sulfur dioxide emissions, which is a major cause of acid rain.

Stay tuned for an update on the UCR control device, which is currently being tested. Also, you might want to reconsider inhaling that wonderful burger aroma next time you drive by your local burger eatery.