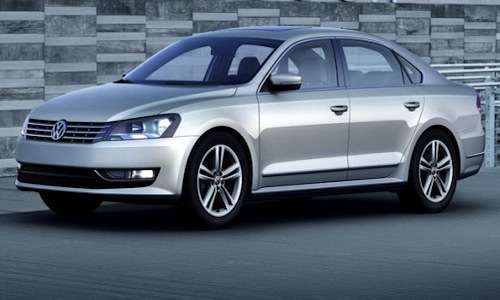 Aside from VW's strong performance, Strategic Vision found that the hybrid sector is continuing to emerge as a popular option amongst consumers.
Advertisement

Strategic Vision has named Volkswagen of America the top brand in terms of Total Value according to the Total Value Index (TVI), which tabulates 442 value-related characteristics. In particular, Volkswagen earned high marks in factors like warranty, technical innovation, standard equipment and MPG. Just how extensive is Strategic Vision’s vehicle testing? Chris Chaney, Strategic Vision VP and head of Automotive Research, calls it “The most comprehensive in the industry. In addition to vehicle perceptions, we know what political party the owner claims, their personal media habits and hobbies, as well as what ethnicity they claim —all self-reported and not using any multifarious appended algorithms or systems.”

As for the importance of this year’s study, Chaney went on to add that the new results are “An important ‘time marker’ in this year’s study is that for the first time in over ten years American manufacturers lead the number of Total Value winners with eleven segment leaders. This is an important milestone toward the 'domestic comeback.’”

Aside from performing well in trending categories like MPG and affordability, Volkswagen’s lineup also fared well in long-term areas that are important to consumers according to Dr. Darrel Edwards, Founder and Executive Director of Strategic Vision.

“The way you become a Value leader in this economy is to create an exceptional product that is affordable. Price alone will not determine value. Finally, you deliver vehicles like the Jetta SportWagen and the Volkswagen CC — both segment winners — that fit into the economic structure we live in, including gas prices, fears about rising prices and the economy, and affordability that make the purchase so very desirable. You get so much for such a reasonable, affordable cost with short-term issues (like MPG, plus performance) and long-term issues (like expected dependability and even resale),” said Edwards.

Although VW earned the top spot on Strategic Vision’s annual list, other brands stood out as well. Most noteworthy was the performance of alternative fuel vehicles like the Chevy Volt, Honda Civic Hybrid, Nissan Leaf and Lincoln MKZ Hybrid, which all led their respective segments. Strategic Vision argues that the popularity of such models indicates that hybrid models have finally earned approval and prestige amongst the general public.

Despite the recent controversy surrounding the Chevy Volt, Strategic Vision concluded that the EV possesses a great overall value. Most importantly, Volt owners indicate that they are pleased with the vehicle and its cost. “Even though the median price of a Chevy Volt was $43,000, owners believe that for every dollar spent, they got more than did buyers of other vehicles. Customers had tremendous value appreciation for Volt’s technical innovation, warranty, standard equipment and certainly fuel economy,” said Alexander Edwards, President of Strategic Vision.

Toyota's First EV Will Have a Name of BZ: Toyota BZ
First Videos From Inside The Boring Company's Las Vegas Loop
END_OF_DOCUMENT_TOKEN_TO_BE_REPLACED