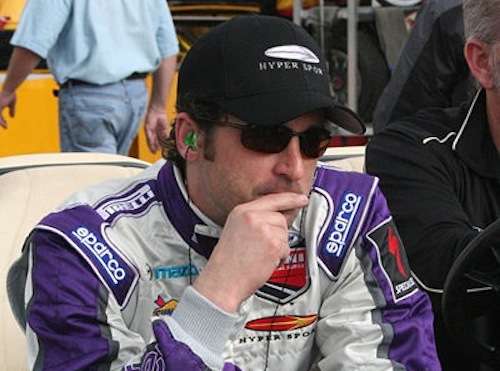 Patrick Dempsey's return to the 2013 24 Hours of Le Mans will be the actor's second appearance at the annual endurance race.
Advertisement

Come June 22, race fans will have the chance to behold the racing industry’s most exceptional cars and the world’s best drivers at the 90th annual 24 Hours of Le Mans. Aside from the auto racing’s most celebrated drivers, the event boasts a major A-list actor, who also happens to be a racing enthusiast.

It has just been revealed that Grey’s Anatomy star Patrick Dempsey will be making his return to the legendary French endurance race. Although Dempsey previously drove a Ferrari F430 GT in his 2009 appearance, the star will be racing a Porsche 911 GT3 RSR race car this time around. Not surprisingly, Dempsey will be racing with his own team, Dempsey Racing, in collaboration with Germany’s Proton Racing and Italy’s Del Piero Racing. The Made of Honor actor was one of 56 participants chosen by Le Mans organizer ACO from an overall field of 71 entries.

An avid auto racer, Dempsey has competed in numerous high profile races like the Rolex 24 at Daytona sports car race, the American Le Mans, Tecate SCORE Baja 1000 off-road race, and the 24 Hours of Le Mans, where he finished ninth in his class. Prior to starting Dempsey Racing, the actor was a co-owner of the Vision Racing IndyCar Series team. Dempsey had been racing with Mazda for the past five years, but recently parted ways with the automaker.

As might be expected, Dempsey is an ardent car collector, with a different ride for every occasion. In a recent Vanity Fair interview, the actor revealed both his favorite and least favorite vehicles that he has owned. When asked what his ideal vehicle is for a leisurely drive is, Dempsey responded, “You can’t go wrong with my 1963 Porsche 356.” The perfect California car, Dempsey stated that his 356 is not only easy to drive and reliable, it’s also bulletproof.

When it comes to family outings, Dempsey opts for his Mercedes 280 SE sedan convertible. “Put the top down and just cruise,” said Dempsey to the magazine. And what’s Dempsey perfect date night car? The Transformers: Dark of the Moon star says that his 1972 Jaguar E-Type V-12 does the trick. As for his daily driver, Dempsey rides a Mercedes SLS Gullwing to and from the Grey’s Anatomy set. “The SLS is the perfect all around town-car because if you just want to cruise around, do your business, you can do that. And if you want to get sporty, it’s a monster,” said Dempsey.

In addition to detailing his favorite cars, Dempsey also revealed the worst car he’s ever owned: a Ferrari Daytona. “It was great, but it didn’t drive easily – there was no power steering; it was a big V-12. It was beautiful to look at – sculpturally, it was just fantastic – but on a practical level, it wasn’t something you could use as a daily driver,” said Dempsey.